China’s two largest mobile taxi-hailing applications backed by Internet giants Alibaba and Tencent are discussing a merger that could end their escalating battle.

HONG KONG—China’s two largest mobile taxi-hailing applications backed by Internet giants Alibaba Group Holding Ltd. and Tencent Holdings Ltd. are discussing a merger that could end their escalating battle to win customers and create a dominant player, according to people familiar with the situation.

Alibaba-backed Kuaidi Dache and Tencent-backed Didi Dache are in advanced talks, but a merger hasn’t been completed and needs the support of their primary investors, one of the people said.

The shape of the deal remains fluid, but could see Alibaba and Tencent hold equal stakes in the combined company, which would be valued at around $6 billion based on their latest fundraising valuations if no additional capital is put in as part of the merger, the person said. A deal could be announced in the coming days unless the talks fall apart, the person added.

A merger would have cost-saving benefits and other advantages for both firms, as the two rivals have been locked in an exhausting battle, splurging on campaigns to attract drivers and passengers. An alliance would be mutually complementary given their strength in different regions in China.

The talks between Kuaidi and Didi come when U.S. car-hailing service Uber Technologies Inc. is seeking opportunities to expand in China. In December, Chinese search giant Baidu Inc. agreed to invest in Uber and become its strategic partner in China.

Alibaba, China’s biggest e-commerce company, and Tencent, whose main businesses are online games and social networks, are two of the most powerful competitors in China’s Internet sector. The two companies have often invested in competing players in various areas of online and mobile services, hoping to attract more users to their platforms.

Still, any alliance would likely have to address some key questions, such as which payment system a merged taxi-hailing business would use. Currently, Didi Dache users can pay with Tencent’s mobile-payment system, while Kuaidi Dache users pay with Alibaba’s Alipay system.

One possible scenario could be that the combined company would accept both payment systems. Given that Alipay currently has a stronger user base than Tencent’s payments platform and Tencent’s WeChat platform is more effective at attracting taxi passengers, there could be room for the two companies to compromise on splitting revenue.

Both Didi Dache and Kuaidi Dache recently pulled off major fundraising rounds with investors plowing a total of more than $1 billion into the two taxi-hailing apps. Last month, Kuaidi Dache raised about $600 million in a round led by Japanese Internet and telecom services company SoftBank Corp. In December, Didi Dache said it had raised more than $700 million from investors including Tencent and Russian investment firm DST Global. 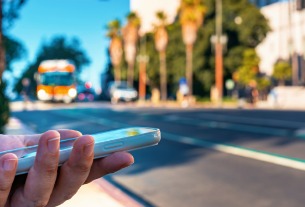 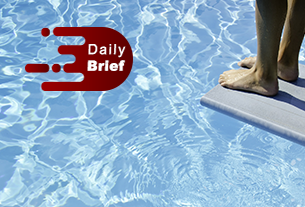