Home > > Why shopping in a tours and activities supermarket benefits everyone

Why shopping in a tours and activities supermarket benefits everyone

Tours and activities sector has made many people feel a bit uneasy lately.

We know that it’s a huge market that is estimated at about $100 billion, but it still looks like a piece of a pie that no one can eat.

This year it has attracted much attention and I think the hottest discussions on Tnooz were around T&A articles. In July Tripadvisor acquired Viator – it’s a serious move showing how important the tours and activities sector is for major industry players.

At the same time Viator’s valuation was only $200 million. Well, $200 million is a sum that many of us would like to have in a bank account, but it’s still less than the $2.6 billion paid for Opentable by Priceline – an acquisition that happened about a month before ­– and not a huge valuation for the company that is a year older than Booking.com. 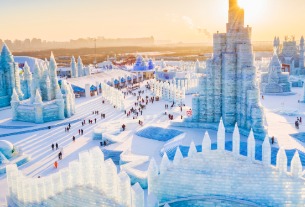