Spring Airlines hopes to be listed by the first half of next year after the approval of its IPO.

Spring Airlines hopes to be listed by the first half of next year after the approval of its IPO. It is now awaiting final approval from the China Securities Regulatory Commission, Spring Airlines Holdings Director Zhenghua Wang said in Shanghai on December 3.

Spring Airlines will set a precedent in the industry with its IPO, as the first Chinese low-cost carrier (LCC) to go public.

The plans for fleet and scale expansion after the IPO will remain conservative. “Our biggest expense is on aircraft,” Mr Wang said. “The cost of a plane is upward of RMB3 billion. If we were to purchase four new planes next year, it would cost billions of yuan. I’m not a big risk-taker so I’d focus on making the best use of our A320 aircraft first.”

Spring Airlines is China’s first private capital sole proprietorship LCC, clearly differentiated from other carriers by being privately owned and low cost. It has been striving to change the perception of air travel as a luxurious and elite form of transportation and aims to make air travel accessible to the general public.

From 2005 Spring Airlines has won over a large following with its low-cost and quality service, achieving a load factor of 95%, the highest for an LCC in the world.

The launch of its economy business class where passengers can enjoy priority services such as preferential boarding, more spacious seats, free meals and drinks and unlimited ticket changes is another step towards its goal of making air transport accessible.

Currently, Spring Airlines has a fleet of 46 A320 type aircraft flying 94 domestic routes and 26 international routes from its four bases of Shanghai Hongqiao Airport, Shanghai Pudong Airport, Shenyang and Shijiazhuang.（Translation by David) 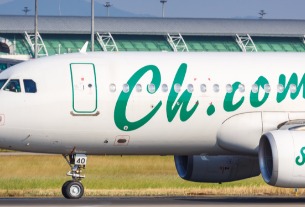 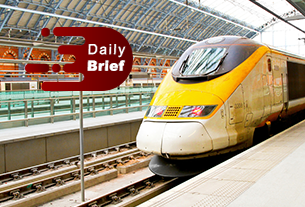