Chow Tai Fook Jewellery Group Ltd. (1929) plans to open new stores outside its main markets in Hong Kong and China, as it chases its Chinese customers outside familiar territory.

Chow Tai Fook Jewellery Group Ltd. (1929) plans to open new stores outside its main markets in Hong Kong and China, as it chases its Chinese customers outside familiar territory.

“While overseas travel is increasingly popular among the Mainland Chinese, it means more and more of their shopping budgets are spent in the new tourist destinations outside our major markets,” the world’s largest listed jewelry chain said in a statement to the Hong Kong Stock Exchange yesterday.

Chow Tai Fook plans to double its number of points of sales, including concessionaires and standalone outlets, in the next 10 years. Stores in tourist hotspots outside mainland China and Hong Kong will also be its target “to capture the spending power of the affluent outbound Mainland Chinese tourists,” it said.

The expansion plan comes as the jeweler said pro-democracy protests held near its Hong Kong stores curtailed Chinese tourists. Travelers from China splurged the most on tax-free shopping last year, accounting for 27 percent of spending, according to a study by tax-refund points operator Global Blue.

Shares of Chow Tai Fook rose 3.3 percent to close at HK$10.76 in Hong Kong, the most since June 18. The city’s benchmark Hang Seng Index gained 1.1 percent.

Chow Tai Fook has said sales at stores open at least a year plunged 24 percent in October as the demonstrations have disrupted businesses at some of its outlets nearby. Sales of the stores in the areas are expected to improve after police cleared some protesters, Chairman Henry Cheng said at a press conference in Hong Kong yesterday.

Hong Kong police cleared a key pro-democracy protest site today, detaining student leaders and pushing back demonstrators in the biggest operation in two months. Some of shops in the area, including a Chow Tai Fook store, were shut amid the clearance.

The company’s profit fell 23 percent in the six months to end-September after gold product sales slowed compared with a year earlier when prices of the precious metal had decreased sharply, the retailer reported yesterday.

Total revenue dropped 22 percent with that from mainland China falling 12 percent and from Hong Kong and other markets down 33 percent. Hong Kong sales are expected to decline by the single digit in the full year on weakened consumer sentiment, Spencer Leung, an analyst at UBS AG, said, citing company management.

“We remain confident of a gradual improvement in the mainland China operation, but consumer sentiment in Hong Kong could remain weak,” Leung wrote in a note published yesterday. He maintained a neutral rating on the company.

The “retail market has been affected by China’s economy and the anti-corruption campaign,” Cheng said at the Hong Kong briefing, adding that he hoped same-store sales will return to growth in the six months to March 2015.Sales of gold products, which accounted for 50 percent of the group’s total, dropped 41 percent to HK$14.5 billion during first half. The plunge in global bullion prices in the same six-month period caused a “gold rush” that created an exceptionally high base, it said.

The company makes almost 60 percent of revenue from stores in mainland China.

Chinese President Xi Jinping’s clampdown on banquets and gifts by officials since he took over as the Communist Party chief in November 2012 has dented sales of luxury goods.

Chow Tai Fook, which is celebrating its 85th anniversary this year, had 2,191 points of sales as of end-September after adding 114 in the six months period.Founded in 1929 in the southern Chinese city of Guangzhou, the jeweler was named after founder Chow Chi-yuen. “Tai Fook” means “big blessing” in Chinese. 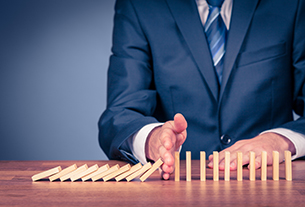