CTrip, the largest Chinese online travel agency by revenue, continues to enjoy growth levels that its Western competitors could only dream of.

In its earnings report for the second quarter of 2014, CTrip reassured investors that its trends for growth were quite positive.

The company booked $278 million during the second quarter of 2014, up 38% from a year earlier — exceeding the estimates of analysts as averaged by Factset.

But the company is also increasingly being bruised by price wars with its rivals, especially with Elong and Qunar.

It enjoyed 47% year-over-year revenue growth for lodging sales, to $121 million. The company says that competition has “stabilized.”

The company said that the pre-paid model is growing at a three-digit rate, currently accounting for 15% of total hotel sells — overtaking the commission model, where guests pay at the check-in desk.

It had similar levels of growth for airplane tickets, its biggest seller. The company says it is the largest seller of airline tickets online in China, and covers 162 carriers worldwide.

There remain rumors that CTrip is an acquisition candidate for search engine Baidu, ecommerce platform Alibaba, and consumer technology firm Tencent (which owns a minority share in Elong) — all of which have recently made acquisitions and investments in various internet businesses.

Competitor Qunar, China’s largest travel website by volume, sold a majority stake to Baidu in 2011. It had an initial public offering in October 2013, and its shares have doubled in value since then.

Benefiting from growth in income and mobile usageBoth CTrip and Qunar are riding the tailwind of a macro trend: the amount of money spent by Chinese on travel has been growing at a 20% compound rate for a few years, according to Qunar’s IPO prospectus.

Swelling disposable income, a broadening middle class, and a vaster network of high speed rail is leading to growth.

Most of all, the expanding popularity of mobile Internet can help CTrip. In the second quarter, accumulated downloads of its mobile app accelerated more than 60%, quarter over quarter to 200 million downloads.

In the second quarter, the company launched a new mobile app called “Young” tailor-made for socially-minded, bargain-hunting college students. It is similarly targeting the teenage market.

Total mobile volume transaction tripled in the quarter from a year earlier.

Looking ahead, for the third quarter of 2014, Ctrip expects to continue the net revenue growth year-on-year at a rate of approximately 30-35%. The quarter includes a peak travel season for mainland Chinese.

One area of relative weakness is package tours, which were only growing at at a 10% pace in terms of revenue in the quarter. The company attributes this to turmoil in the region, which has suppressed interest in travel to Thailand and Japan.

Domestic revenue for package tours grew between 40% and 50%, but overseas package tours have suffered since the crash of a Malaysian Airlines plane — among other factors. 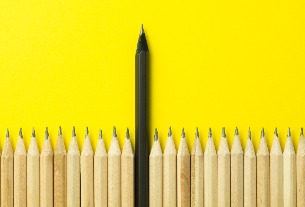 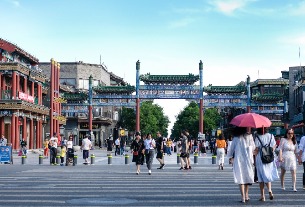