In the past decade, the way the world researches, plans, books and shares travel has changed at an unbelievable pace. Not only is wifi more accessible globally, emerging middle classes are packing their suitcases and international travel continues to grow.

Smartphone use is still on the rise, with the United States having 310 million mobile subscribers in 2013, and mobile transactions expected to account for one fifth of the overall European online travel market by 2015. However, the European and American marketplaces are dwarfed by the combined size of the two largest mobile-using markets in the world – India and China – that between them had a staggering 2 billion mobile subscribers last year.

Furthermore, ‘new’ technologies such as tablets, phablets (a cross between a smartphone and tablet), smart TVs and even wearable technology are all on the rise, with wearables, such as Google Glass and Samsung Gear, seemingly the future.

We’re constantly researching and evaluating ways Expedia can be at the forefront of change and meeting the needs of travellers in the digital age.

Either way, as consumers in the digital age, we’re faced with new tools and toys launching daily, and messages constantly telling us technology makes our lives easier. The challenge for the travel industry is ensuring we adapt too.

The modern traveller, likely to own at a minimum a smartphone, PC and tablet, now has expectations as they interact with us on digital platforms. One such expectation is to enjoy the same experience across all devices. For instance, someone journeying to work on the train researching a holiday wants a consistent look and feel of the Expedia site when they do further research later in the day – either at desk during lunch, or at home on the sofa with their tablet.

The challenge of creating a coherent experience on all devices is a key one, and the Expedia group invested over £300m last year alone in technology to help give consumers the experience they crave.

One great example of what we’re doing in this space is our recently-launched Scratchpad feature, which acts as a cloud-based notepad saving searches automatically and notifying travellers of price changes according to their search terms. The concept was developed when our research showed the average traveller searches 48 times for a flight before booking. Now, provided they’re logged into the site, the searches that traveller made on the train before work will pop up on their PC during lunch and again in the evening on the tablet – meaning no more scribbles on paper, and no more trying to remember which flight was fastest, cheaper and which airport it left from.

In the first quarter of 2014, the top countries travelling to the UK were the USA, Norway, Sweden, France and Germany. However, the countries with the fastest growing numbers of travellers visiting the UK in Q1 were South Korea, Russia, China, Brazil and Malaysia, highlighting the need to understand international travellers from further afield – what do they want, need and how can we attract them here?

The important thing to understand when dealing with a growing multi-cultural traveller base is that localised content is king – a website selling hotels to foreign travellers must look and feel like a website local to that country and it’s not just about Google Translate.

Expedia has customised websites in 38 unique languages and 30 currencies to help make the booking process as familiar as possible for travellers.

We also offer popular payment options to suit the local traveller, including Paypal, Alipay in China, installments in Brazil and Russian Qiwi cash kiosks all being popular forms of accepting payment in those markets. We have also announced this month that we will be accepting Bitcoin, the virtual currency, for hotel bookings from our US Expedia site.

It is these barriers to booking that we are working hard to change – streamlining the process to help global travellers discover and book their dream trip in the digital age – while helping hoteliers capitalise on the burgeoning international market. One that we know is more likely to book further in advance, stay longer, pay a higher ADR, and is less likely to cancel than domestic travellers. 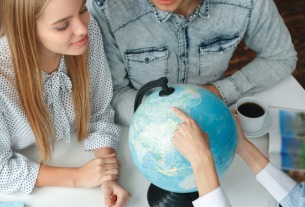 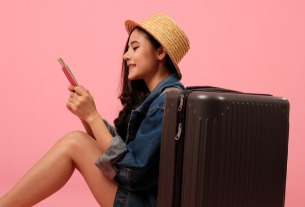 Where will travel go in the future? 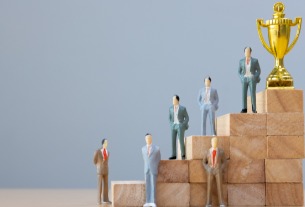