Serge Faguet，the CEO and co-founder of Ostrovok,wants to have built Ostrovok, one of Russia’s new hotel booking sites, into a category-defining company in travel. 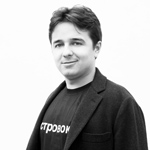 On his plate were piled pancakes, eggs, bacon, cereal and bread. I had never seen such an awesome breakfast. But Serge Faguet is clearly going to need all the energy he can summon for the mission he has set for himself.

Over breakfast on the sidelines of ITB Berlin, the young Russian tells me that in five years time – that’s when he will turn 30 – he wants to have built Ostrovok, one of Russia’s new hotel booking sites, into a category-defining company in travel.

“Just as Kaspersky has done with anti-virus software, we want to do with travel,” said Faguet, CEO and co-founder of Ostrovok.

Ostrovok.ru has the right pedigree to take it places. Its investors include Erik Blachfold, CEO of Expedia, Gregg Brockway (Hotwire, Tripit), Brad Gerstner of Altimeter Capital and Fritz Demopoulos (Qunar). Previously, it raised $13.6 million from Accel Partners, General Catalyst Partners and a long but impressive list of other investors in July 2011.

It was founded in late 2010 by Faguet and Kirill Makharinsky, both Russian entrepreneurs who studied at Stanford and Oxford Universities, worked at Google and Slide, and founded Silicon Valley companies Tokbox, YouNoodle and Quid, which have raised more than $30 million to date from top-tier funds including Sequoia Capital and Founders Fund.

Faguet had an early start in ecommerce. At 15, he started his own company by trading goods on eBay. That’s when he got hooked. As an undergraduate at Cornell, he worked at Google but didn’t like it. “It’s a big company, lots of politics. That was my only experiment with a corporate job, I didn’t like it.”

He entered Stanford Business School and started Tokbox, a video communications company. After he raised US$4.5 million from Sequoia Capital, he dropped out of Stanford and after he sold the company, he looked around for something else to do. “It was either staying on in Silicon Valley or returning to Russia.”

He chose the latter for four reasons. He wanted a category where he could build something significant rather than “the evolution of a product or something so revolutionary that you don’t know if it will work, for example, Twitter”.

Russia had a large talent pool of technical people who were not as competed over. “Money is easy to raise but good people are hard to hire and if you can’t get the engineers, then it’s tough to start anything significant.”

Third, he wanted some adventure and lastly, “I am Russian”.

Travel was wide open “and it’s huge. Forty percent of economic activity is on travel”, said Faguet, “and the online travel market had no dominant player”.

Backed by a global board of advisors and investors and led by a strong local team who knows how to solve local problems, Faguet believes Ostrovok will be able to beat the competition. He clearly has his eye on booking.com – most of his team worked for Europe’s largest hotel booking site.

Asked if he wants to be the booking.com of Russia, Faguet said, “They are a great company, I respect them a lot but we want to be better.”

He also sees Ostrovok as more akin to the Chinese Ctrip model which is why he values having Fritz Demopoulos, who co-founded Chinese travel search site, Qunar, as an investor.

“Russia is probably on the same curve as Brazil and behind markets such as India and China. I think we can learn from all these markets but I have great respect for the Ctrip model and how they’ve gone about solving local problems.

“They built a solution that’s uniquely Chinese like having messengers, huge call centres and distributing cards at airports – these are innovations for the Chinese market.”

Ostrovok is a pure hotel booking site, focused on generating Russian and former Soviet Union bloc demand for domestic and international travel. Faguet claims to have the largest team of hotel contractors in Russia for domestic supply. For non-domestic content, it has hotel contractors going into markets in Europe and South-east Asia similar to Ctrip and India’s MakeMyTrip.

The company is highly technology-driven. Out of 200 staff, 25-30% are engineers. “Engineers are the best thing in any company, they enable marketing and the supplier team to work much better and they are critical in customer support.”

And Faguet believes he will beat the competition through better investments in technology by allowing the business to scale and by building fundamentally better products – just like Ctrip. “They are the leader to learn from in this field.”

“The travel industry is not very innovative, things are not done properly. Why do hotels have to go to extranet to manage or upload rates? This is so 20th century. We will put in the necessary talent and funds to develop the right solutions.”

Another lesson from Ctrip – a strong focus on behind-the-scenes work such as data analytics, marketing automation and call centres. “We want to have local relevant supply, do local relevant marketing and locally relevant fulfilment and operations.

“For example, Russians are used to making payments through ATMs where you select where you want the money to go. So we will use that payment interface.

“For customer support, we will have 24x7 call centres and we don’t hide our contact number, like everyone else does, in case people complain.”

And the one key obstacle to Russians booking online – visas – will be overcome by offering a local solution, for example, giving customers access to solution providers who can help with paperwork. “This is one area where traditional tour operators have always had the advantage – they say, give us your passports and we will do everything for you. We need to hold our customers through this process and get them comfortable with it. There are creative ways to do this.”

Mobile and social are two areas of focus. “Mobile is very significant and the products that are out there are not very good. They are still replicas of websites, they don’t fundamentally rework the process,” he said.

Social meanwhile is the one that sells online travel. “Russians are the most socially engaged audiences in the world.”

Acknowledging that brand building is an expensive exercise, given the amount companies such as booking.com and Expedia spend on search marketing, Faguet said, “We are ready to invest around US$100 million to develop and market our brand but it’s not just about capital, it’s more about building the right product and given that we’ve been around such a short time, we are not yet ready to spend the money yet.

“We want to get things right first.” 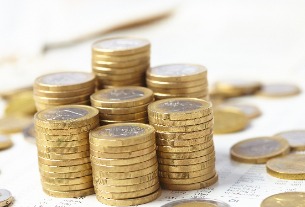 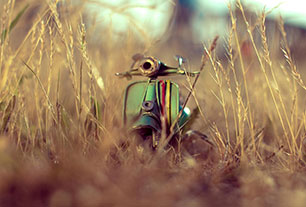 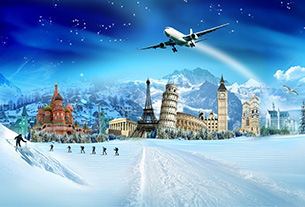 Airbnb extends reach further via tie up with Ostrovok
©2020 广州力矩资讯科技有限公司 粤ICP备06070077号-2
Tell us more about yourself!