"We have made tremendous progress this past year towards strengthening our global hotel business and we are pleased with our momentum heading into 2010. During 2009, we significantly improved our customer value proposition by removing air booking fees on most flights, eliminating our hotel change and cancellation fees, launching Hotel Price Assurance, launching Total Price hotel search results, cutting hotel booking fees and enhancing our hotel Low Price Guarantee program," said Barney Harford, president and CEO of Orbitz Worldwide. "As a result of these improvements and strong performance at ebookers, we saw accelerating year over year transaction and hotel room night growth during the course of 2009."

"In full year 2009, we improved the quality of our revenue by removing or significantly reducing a number of domestic consumer fees. Despite these fee changes, we achieved 9 percent Adjusted EBITDA growth," said Marsha Williams, SVP and CFO of Orbitz Worldwide. "Our operating cash flow increased 38 percent compared with last year, which, combined with the recapitalization has strengthened our balance sheet considerably."

For the year ended December 31, 2009, net revenue was $738 million, down 15 percent (13 percent on a constant currency basis) from the same period of 2008. This net revenue decline was due primarily to the removal of most domestic air booking fees and a significant reduction in hotel net revenue due to lower average daily rates, lower hotel booking fees, lower breakage and disappointing results at HotelClub. Higher transaction volume partially offset the decline in net revenue per transaction.

Adjusted EBITDA increased 9 percent to $144 million for the year ended December 31, 2009 compared with the prior year. This year on year increase in Adjusted EBITDA was driven by the significant cost reductions made since November 2008 and a rationalization of the company´s online marketing spending.

Air net revenue (which consists of revenue from standalone air bookings) was $60 million in the fourth quarter, down 11 percent (13 percent on a constant currency basis) from the fourth quarter 2008. Domestic air net revenue declined 21 percent due to the removal in early April of most domestic booking fees offset in part by higher air transactions as a result of both lower fees and lower air fares. The company´s domestic year over year air transaction growth rate increased by 37 percentage points in the fourth quarter 2009 versus the first quarter 2009 when the company still charged booking fees on all airline tickets. International air net revenue increased 56 percent year on year (40 percent on a constant currency basis) due primarily to higher air transactions at ebookers.

• Hotel net revenue (which consists of revenue from standalone hotel bookings) was $46 million in the fourth quarter, up 3 percent (down 4 percent on a constant currency basis) year over year. Hotel net revenue declined on a constant currency basis due largely to lower average daily rates for hotel rooms, lower hotel booking fees and lower breakage, partially offset by an increase in global hotel transactions.

• Advertising and media net revenue declined 7 percent in the fourth quarter to $17 million, as the company focused on driving transaction growth and optimized its mix of advertising, media and transaction revenue.

• In November, the company enhanced its hotel Low Price Guarantee. Under the new program, customers who find their prepaid hotel room available for a lower price on any website, including Orbitz.com, can receive a refund for the difference and a $50 discount on a future hotel or vacation package booking. These refunds are available up until the hotel´s cancellation deadline.

• During the fourth quarter, Orbitz Worldwide signed contracts with a number of destination marketing organizations including Hawaii Visitors and Convention Bureau, Canadian Tourism Commission, Bermuda Department of Tourism and Nassau Paradise Island Promotion Board to promote travel to those destinations across our global websites and to provide travel information to our customers. Orbitz Worldwide now has partner marketing agreements with nearly 170 destination marketing organizations.

• In February 2010, Orbitz launched Orbitz for Agents, a groundbreaking program that offers travel agents the opportunity to earn commissions on hotel reservations and customized travel package bookings made on behalf of their customers.

• In February 2010, Jeremy Bellinghausen was named President, HotelClub. Jeremy brings extensive leadership and product management experience to HotelClub, as developed in a variety of roles at Business.com and eBay´s Rent.com.

Beginning this quarter, the company will provide quarterly guidance on select financial metrics. For the first quarter 2010, the company expects to report:

• 2% to 6% year over year decline in net revenue, reflecting the removal of most domestic air booking fees and significant reduction of hotel booking fees in the second quarter of 2009;

• 20% to 22% cost of revenue as a percentage of net revenue, reflecting lower net revenue per transaction as a result of the fee reductions as well as increased costs associated with higher transaction volume; and

• 0% to 10% year over year decrease in quarterly Adjusted EBITDA.

For the full year 2010, the company anticipates annual capital expenditures in the range of $40 million to $45 million, consistent with 2009 levels. 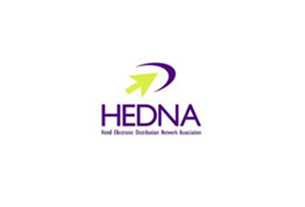 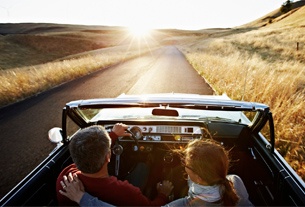 Hertz gives itself a technology upgrade
©2019 广州力矩资讯科技有限公司 粤ICP备06070077号-2
Tell us more about yourself!