Home > > Chinese Boeing jet crashes in mountains with 132 on board, no sign of survivors

Chinese Boeing jet crashes in mountains with 132 on board, no sign of survivors

It had 123 passengers and nine crew on board. A China Eastern Airlines aircraft with 132 people on board crashed in mountains in south China on Monday while on a flight from the city of Kunming to Guangzhou, China's Civil Aviation Administration of China (CAAC) said.

The jet involved in the accident was a Boeing 737 aircraft and the number of casualties was not immediately known, state broadcaster CCTV said. Rescue was on its way, it said.

There was no word on the cause of the crash of the plane, a 6-year-old 737-800 aircraft, according to Flightradar24.

The CAAC said the aircraft lost contact over the city of Wuzhou. It had 123 passengers and nine crew on board. State media said earlier there were 133 people on board.

"The CAAC has activated the emergency mechanism and sent a working group to the scene," it said in a statement.

The web site of China Eastern Airlines was later presented in black and white, which airlines do in response to a crash as a sign of respect for the assumed victims. 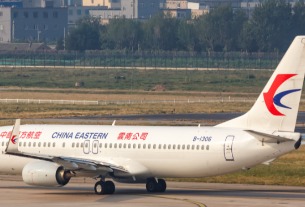 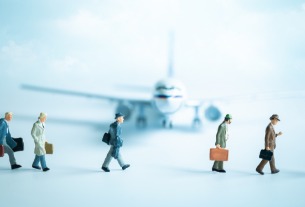