Business Travel Association members report they are "frustrated" with a "lack of progress" from airlines with New Distribution Capability initiatives.

Sabre's integration of American Airlines NDC-enabled content has been halted since late in the summer, according to an American official who is familiar with the integration project.

"We spent three years to bring that integration live," the official said, adding that American had expected to have NDC-enabled content available with the Sabre GDS by the end of summer 2021.

"At the end of the summer they decided to pause development with us; we are still on that pause," the person said.

The official's comments came in the aftermath of a Dec. 10 Sabre webinar, in which the company's head of NDC product management, Rolando Philps, listed American among the five airlines for which Sabre is currently offering NDC-enabled content. The other four, Philps said, are United, Singapore Airlines, Finnair and Qantas. NDC-enabled content for those airlines is either generally available in the Sabre GDS or available via a pilot program, Philps said. 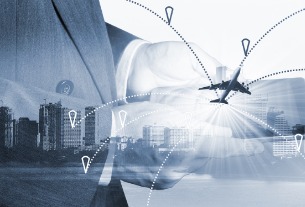 Which airlines will soar after the pandemic?
©2022 广州力矩资讯科技有限公司 粤ICP备06070077号
Tell us more about yourself!