Although others in the EU share the desire for the U.S. to lift travel restrictions, it seems especially palpable in Germany, which has Europe’s leading economy.

The Henkel family’s plans to travel from Germany to Las Vegas call for a two-week detour to Mexico because of COVID-19 travel restrictions the U.S. maintains for arrivals from Europe.

Oliver Henkel, a business executive headed to a trade show next month, says he and his wife will make the best of their third-country “waiting room,” instead of their preferred plan of visiting Southern California.

“We wanted to go to Venice Beach,” Henkel, 51, who is vaccinated, said in a recent phone interview. “But because of the U.S. travel restrictions we’ll be spending two weeks instead at a Caribbean resort in Mexico having margaritas.”

Even though the European Union lifted COVID-19 travel restrictions on Americans in mid-June, the United States has not yet reciprocated, to the chagrin of millions of tourists and businesspeople on the banned list.

Covishield, Sinopharm & Sinovac vaccines are most widely accepted by EU countries after those authorised by EMA 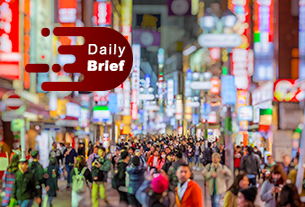