Quarantine reduction from 14 days to seven will cover places classified as ‘high risk’ or lower including Canada, Japan, Britain, Singapore and the US.

Mandatory quarantine for fully vaccinated arrivals to Hong Kong from lower-risk places who test positive for coronavirus antibodies will be halved to seven days from June 30, starting with the city’s residents, as the government also looks to have travel rules to mainland China and Macau relaxed.

Announcing the much-sought-after easing of such curbs that had cast a pall on business, Chief Executive Carrie Lam Cheng Yuet-ngor on Monday said Hong Kong had initiated talks with the authorities in Macau. The city would also be in touch with the central government, she said, to ease cross-border travel to the mainland, which had been blocked for almost 1½ years. 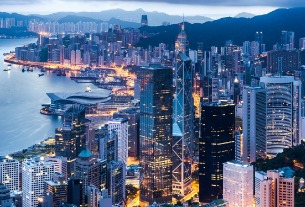