At Airbnb, PM’s arguments to designers are made with ideal experience and vision, instead of data. 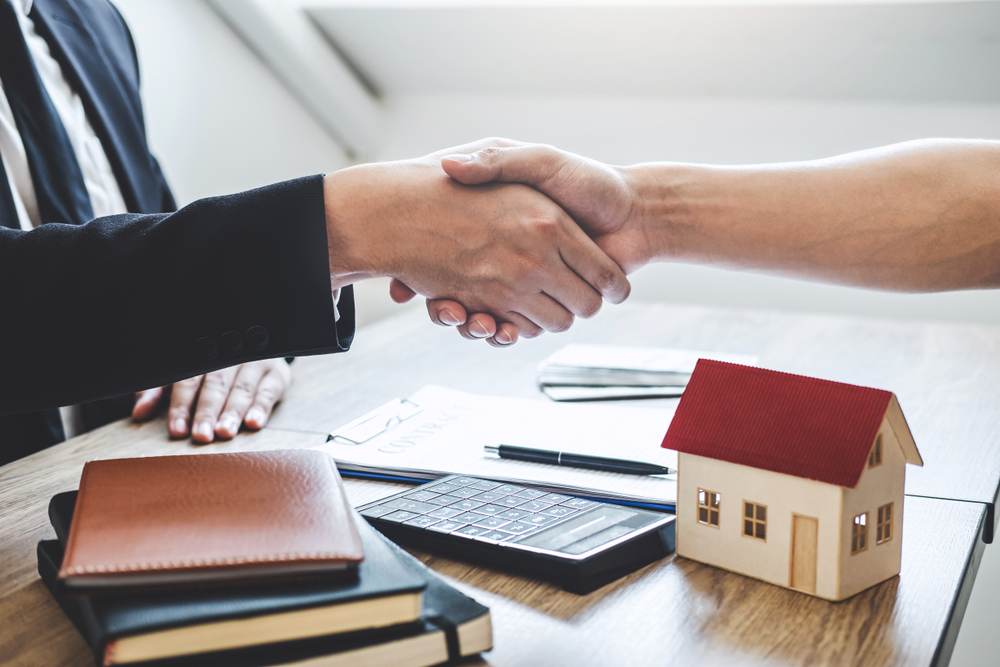 I asked Bring the Donuts readers to tell me more about the product culture at their own companies. I figured I’d get a handful of volunteers that I could interview. Instead, more than 150 of you offered up detailed thoughts and observations from a diverse set of companies. There are familiar big tech names, of course, but also startups, non-tech companies, and even government agencies. I’m overwhelmed by your response and grateful.

Like many of my little side project ideas, my eyes were bigger than my stomach. Sadly it’s just not feasible to do more than a hundred interviews. But there’s so much great material, so I’ll try to intersperse as many of your submissions as possible in future newsletters.

My first deep dive is on Airbnb. I interviewed four current Airbnb employees individually. Three are product managers, and one is an engineering manager. Their Airbnb tenures ranged from three to more than five years. A set of common themes emerged, as well as some areas of disagreement. I’m thankful to these employees for their time, and it was a fun experience (that word experience will keep coming up).

I promised to respect their identities in exchange for their openness, so all quotes are anonymized.

Storytelling and the Disney influence

“Disney really inspired Airbnb with the idea of storyboarding. Brian Chesky took that idea and we created like 11 or 12 storyboards of the guest and host journey, emphasizing the magical moments. These aren’t screens mind you. Airbnb, the product, isn't our app. The product is staying at a guest’s home. These moments include being greeted by the host, being given the keys, getting the wifi password, etc.”

Chesky pushes PMs to always lead with the perfect experience without constraint:

“Brian talks a lot about building ‘eleven star experiences.’ That really means challenging us to think about what the perfect experience would be, without being constrained by scale or other technical constraints. In our storyboards, we’re encouraged to figure out how to get a few users to really love the product, then we can figure out how to scale it up afterwards.”

This encourages PMs to think about comprehensive experiences rather than just products:

“Airbnb has stretched me to think about entire experiences, not just software. Lots of people at Airbnb work on stuff that is 100% offline and has nothing to do with software. And most of us work on experiences that straddle both offline and online. That’s been fun, and incredibly empowering. It’s changed my mindset.”

But an orientation toward storytelling and vision can sometimes cause challenges with execution:

“Airbnb talks a good high-level story. And you can make really nice pamphlets and PR, but historically the company’s strength has never been grounded and rooted in execution. The only new product launch that succeeded was Airbnb.com. Every other big launch over the last eight years has actually been a complete flop. Our strength and the focus of leadership has always been marketing and storytelling. It was never been about technology execution.”

Another person I interviewed agreed:

“It’s true on the surface that most of our launches have failed. After I joined Airbnb I used to feel like we launched things before they were built. Airbnb is more willing to launch something even if it doesn’t test positively in an experiment. We do that because there’s conviction around the long-term vision. Brian and most everyone at the company is comfortable failing publicly, which I admire. But it’s definitely a challenge for us: figuring out how to be more successful merging that vision-oriented approach with an organizational muscle that helps us reduce failure.”

I’ve often heard Airbnb described as “design-led” or “design-oriented.” I asked the employees about that:

“Five-plus years ago, you would say Airbnb was a design-led company. Designers had the final call on whether something shipped or not. Everything had to clear a design bar, had to go through our VP of Design, and through design review. The last couple of years that balance of power has changed. The King of the Hill at Airbnb has switched from designers to product managers in most parts of the org.”

Another person disagreed that the term “design-led” was ever accurate and preferred “vision-led” or “creative”:

“The way we build is vision-led, much more so than other companies. Airbnb is a creative company. I’ve worked for other companies that described themselves that way, but Airbnb is the first company where I’ve really experienced it.”

And a third liked the term “design-centric” over “design-led”:

“I would agree that we’re design-centric, but not that we’re design-led, if that’s to mean designers call the shots or make the decisions at the early stages. No single function is in charge, it’s highly collaborative. But we definitely lead with experience, which in turn implies a user-focused or design-centric point of view.”

The term “experience” came up repeatedly in my interviews, and all four of the employees used the word numerous times.

“[Product teams] have latitude to think about all different types of product features to meet our OKRs. So in a sense, I think it's probably similar to Google where we'll define the OKR at a high level, but teams are empowered to think about how they actually go and achieve those goals. In the majority of cases there's a lot of autonomy for teams.”

But another person I spoke with disagreed:

“Amazon teaches leaders to audit the details, but at Airbnb leaders often create the details. Airbnb wants its leaders to be more than managers, they want them to be creators. But it results in a much more top-down company. Airbnb isn’t the kind of company where PMs are told, ‘here are some KPIs, run with them and come up with your own roadmap.’”

And a third echoed the sentiment that Airbnb is more top-down than other companies, and that requires PMs to wield influence in different ways:

“There are lots of ‘Brian Reviews’ for your product. This is where influence comes in: you need to understand your audience, know who the right people are to get on board, spend time with them getting your vision to percolate. That doesn’t happen in the room, it happens ahead of time. It’s also hard to learn that, who’s influential, who cares about what. Especially during COVID. It’s largely folklore.”

Airbnb has evolved when it comes to setting goals:

“When I first joined Airbnb, we had twenty priorities. That's not really goals, it's just a list of everything you're doing. Now, fast-forward to today, we actually have only one company priority, which is ‘to prepare for the travel rebound of the century.’”

That orientation around a longer-term objective carries down through the organization:

“The typical time horizon for a product team’s north star, or long-term vision, is three to four years out. Usually it’s a document describing like what the world will look like and what the user experience should be like and what's different from today. From there we walk backwards to define major milestones of what we would actually need to achieve to make it a reality.”

As you might imagine, that vision is articulated through good storytelling:

“Airbnb is grand about the vision for a product. With Airbnb Plus we rented out homes, redecorated them, and photographed them to help people understand the vision. On another project, the PM worked with the creative team to film a movie of what the experience would look like, the production value was extremely high. This goes back to the Disney inspiration: don’t hold back on storytelling or articulating your vision.”

In 2019, Airbnb introduced the concept of Experimentation Guardrails to balance innovation at scale with a desire to understand negative impacts and protect the business.

“This is actually a super hot topic at Airbnb right now that is heavily debated. There was a period of time where everything required an experiment and oftentimes the experiment would run for years and nobody will realize that and decide to end the experiment. Perhaps the pendulum has swung too far and we’ll find the right balance.”

One person I spoke with felt that the guardrails have been overly restrictive and encouraged teams to optimize for the short-term:

“The problem is the guardrail implementation feels a little bit restrictive because experimentation oftentimes gives you a short-term optimum, but it doesn't necessarily give you the long-term optimum.”

The role of technology

Two of the people I spoke with emphasized how much Airbnb’s technology organization has matured, stemming from a growing sense of the importance of foundational infrastructure and developer productivity:

“Before our current CTO joined there was a general consensus that eng foundation investments were never prioritized. People had to bring their laptops to lunch because if they missed joining a queue, their merge would be bumped to the end of the queue. And when you have a thousand engineers in your queue, you basically have to wait another day to go again. That’s how bad it was. But over the last two years, especially with our new CTO, I've seen that change. Engineering foundations is now one of the five top company priorities.”

Type of PM who will thrive

I was curious what kind of product manager will succeed at Airbnb, so I asked each of the employees:

“PMs who are really ambitious, who want to think beyond the status quo and have big vision will thrive. The way you get things done is very relationship-driven at our company. So you have to be able to build influence. PMs need to understand how to motivate other people, and be consensus-driven. What that means is that a lot of decisions don’t happen in meetings, they happen in the back-channeling before those actual meetings. A PM needs to be working relationships, making sure that people get on board.”

A second person mentioned the importance of influence:

“What I've found is a big part of the PM’s job is managing up, because you have to really get the GMs to buy into your vision. And so one of the things that I was a bit surprised about at Airbnb, compared to some of my previous jobs, is the PMs don't like to get into details and work with engineers as much. A PM who loves going into details and really spec’ing things out, working with engineers and having clear documents, and collaborating with engineers, like maybe a Google PM or a Facebook PM? The ones who do that, they don’t get promoted. The ones who are rewarded are doing high profile projects, writing high level memos, presenting to VPs and directors.”

And yet a third, influence again:

“PMs definitely do need influence, even at junior levels. People who maybe came from Facebook or Google that have a more analytical, data-driven mindset might struggle. That skillset isn’t as rewarded or cultivated here.”

Finally, all four people agreed that PMs at Airbnb need to understand the art of influence:

“If you try to make an argument to designers with data, you’ll fail. You need to learn your audience at Airbnb, arguments to designers are made with ideal experience and vision. That’s hard for many PMs to learn, especially when they come from different environments where analytical thinking is rewarded.”

How can your property emerge as a winner in 2021? 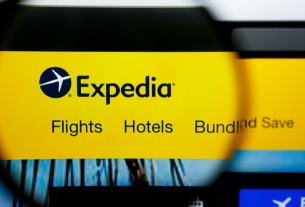