The largest airline in Malaysia operated more than 800 flights per week in the Chinese mainland before the pandemic, connecting 57 international routes and 22 destinations.

AirAsia has metamorphosed from a Malaysian budget carrier into an all-in-one online travel agency providing flight tickets, hotel bookings, admission tickets, food delivery services, e-commerce and financial services not only in Malaysia but also globally, including in China.

It plans to launch more related services in China in the near future, according to a China Daily report.

AirAsia's transformation is accompanied by changes in its shareholding pattern.

Stanley Choi, chairman of Hong Kong-based Head & Shoulders Financial Group and the only Chinese shareholder of AirAsia, increased his stake in February to 8.96 percent, which made him a major shareholder.

Choi said: "AirAsia is doing well in its digital transformation, and very few carriers have done the same. Increasing investments in China is quite important for AirAsia. I would like to contribute my efforts as a shareholder and keep an open mind for potential cooperation between AirAsia and Chinese companies."

"Once the pandemic is over, Air-Asia will become a company that can survive and rebound fast, and a large part of that growth will come from China. Usually, Southeast Asian countries serve as the first destinations for those who travel abroad for the first time." Currently, about 200 million people of China's 1.4 billion population hold passports, a relatively small figure, and more than 1 billion people have not traveled abroad yet, according to the exit-entry department of the National Immigration Administration.

A report released in late March by AirAsia surveyed the potential travel intention of 100,000 Chinese consumers. More than 70 percent of the respondents said they would like to travel abroad within six months after the pandemic ends.

AirAsia, the largest airline in Malaysia by fleet size and destinations served, operated more than 800 flights per week in the Chinese mainland before the pandemic, connecting 57 international routes and 22 destinations.

Besides, it operated 88 flights in Hong Kong and 81 flights in Macao on a weekly basis earlier. Since the pandemic, it stopped operating some flights because of travel restrictions imposed by different regions.

Datuk Kamarudin Meranun, executive chairman of AirAsia, said he believed Choi, a co-founder of Yunfeng Capital (a private equity firm backed by Alibaba founder Jack Ma) would help the carrier to improve its performance and brighten its reputation in China.

"With rich experience and networks of contacts among top digital companies in China, Choi is expected to help AirAsia grow further the digital business in China," Kamarudin said.

Michael Zhou, chief executive officer of AirAsia China, earlier said the company is looking for partners in China for potential cooperation in the logistics and e-commerce businesses, and Chinese consumers are at the forefront in the segment worldwide. 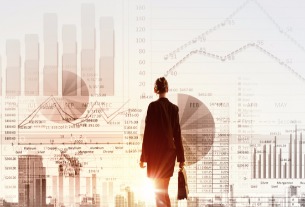 Looking at novel variables for evaluating e-commerce activities of shoppers

China tourists to lead the way
©2020 广州力矩资讯科技有限公司 粤ICP备06070077号
Tell us more about yourself!