As the country shapes a new domestic transportation framework, touring a city cluster over a weekend will be an easy task. China is planning to strengthen its transport sector over the next 15 years. As it shapes a new domestic transportation framework, touring a city cluster over a weekend will be an easy task.

According to the transportation plan unveiled by the State Council in late February, the National 1-2-3 Travel Circle will take initial shape by 2035 to connect major cities and counties across the country. The circle will shorten the commuting time within a city to one hour, between two cities in a city cluster to two hours and between two major cities across China to three hours.

The big four city clusters – Beijing-Tianjin-Hebei region, Yangtze River Delta, Guangdong-Hong Kong-Macao Greater Bay Area and Chengdu-Chongqing area – are classified as China's four transportation poles in the plan. Embarking from any of the poles, a person would be able to reach any of the other three poles in about three hours.

The poles not only are of political and economic significance, but also boast rich tourism resources. A tour of the four city clusters will help one know about the country's history and modern development in a fast and convenient way.

Beijing-Tianjin-Hebei region in north China has the capital Beijing, which houses the imperial palaces and temples of Yuan (1271-1368), Ming (1368-1644) and Qing (1644-1911) dynasties, with some of them being World Heritage Sites. Meanwhile, Tianjin, an important seaport city, features traces of the foreign concessions of the past. In addition, Hebei Province, which will co-host the 2022 Winter Olympics with Beijing, boasts new tourist destinations related to winter sports.

Taking Shanghai as the core, Yangtze River Delta in east China comprises 25 cities in Jiangsu, Zhejiang and Anhui provinces. Shanghai has always been a leader in taking in foreign cultures. From the birthplace of the Communist Party of China (CPC) to the World Expo venue, the city, and the region at large, welcomes tourists with unique water town scenery.

Chengdu-Chongqing area is known for its giant panda breeding center besides being home to spicy food and snow mountains. The fast-developing twin cities will amaze visitors with a mix of ancient and pop cultures. 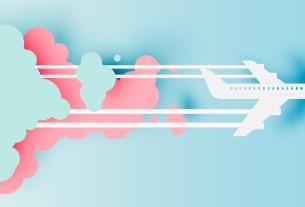