Chinese conglomerate Fosun International has chosen Guishan island in Zhuhai for a boutique hotel that will target creative tourists from Hong Kong. The launch will coincide with improving ties between the two cities, which are part of Beijing’s Greater Bay Area development zone.

Casa Cook Guishan Island will be developed by Fosun Tourism, the leisure business of the conglomerate, which is chaired by billionaire Guo Guangchang. It will partner with Visun Group, the organiser of the country’s biggest yacht show, on the project, which is expected to open in 2023. Visun owns the property and land, while Casa Cook will operate the hotel.

Casa Cook, a hotel brand under Thomas Cook, was launched in 2015. It is aimed at younger tourists and focuses on services such as yoga and meditation, as well as local culture. It operates two hotels currently, one each in Greece and Egypt. Another will be launched in Greece next year and Casa Cook Guishan Island will be its fourth destination.

The company is betting on the bay area plan, which aims to attract a new breed of tourist to Zhuhai, with its natural beauty and marine resources.

The launch is expected to coincide with closer relations between Hong Kong and Zhuhai. The capacity at Zhuhai’s airport is expected to increase thanks to a closer relationship with Hong Kong International Airport (HKIA), which operates the facility. Carrie Lam Cheng Yuet-ngor, Hong Kong’s leader, said last week that the operator will inject more equity into the small mainland airport to “achieve greater synergy between the two airports”.

The plan is to use Zhuhai as a “fourth runway” once the Hong Kong airport adds another runway to its current two landing strips. 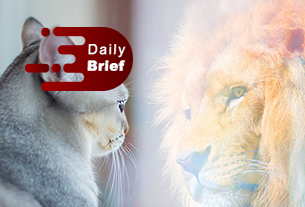