The fourth quarter could prove to be even better for CTG Duty Free. “In particular, sales of high-margin luxury items such as bags, watches and jewelry rose significantly,” said the company in a report on the Shanghai Stock Exchange.

The bonanza can be traced back to Beijing’s move in July to encourage domestic travel to Hainan Island by allowing visitors to the country’s southernmost province to purchase duty-free goods worth up to 100,000 yuan a year, from 30,000 yuan. Two months before the rule change, CTG Duty Free switched from half of its duty free stores in Hainan to managing all stores as 51% of a sister company was acquired by its state-owned parent company.

The fourth quarter could prove to be even better for CTG Duty Free. 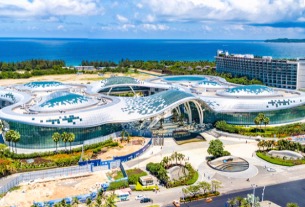