The IfOnly platform will continue to help advance our Priceless strategy and our combined team will be even better positioned and equipped to deliver exclusive experiences for cardholders globally.

Travel has undoubtedly been one of the industries hardest hit in the coronavirus pandemic, constrained by restrictions on how people can move between and within countries, many venues closing, new rules to minimise gatherings, shrinking economies, and a general reluctance among consumers to engage in getting out and about. One startup in the space has been acquired in the wake of that.

IfOnly — an “experiences” marketplace based around access to exclusive, and often expensive, events and people, with a portion of the proceeds that a guest pays for the experience going towards good causes — was quietly acquired and shut down by credit giant Mastercard for an undisclosed sum. Mastercard told TechCrunch that it has folded the tech and team into Priceless — its own experiences marketplace — after initially leading a strategic investment in the company in 2018.

It was only in July of this year that IfOnly had posted a notice on its site announcing the closure and acquisition.

But before that, IfOnly’s business had ground to a halt in the wake of the coronavirus pandemic. In the archived pages of the site (via the Internet Archive’s Wayback Machine) the company announced months ago that it would be pausing the availability of its experiences “due to the COVID-19 situation”, saying it would update as it learned more.

The sale (and closure) puts an end to a startup that began life with exclusive experiences that appeared to be aimed squarely at the one percent. One offer (on an archived page) for example offered “a family weekend feasting in Florence, Italy” starting at €62,851 (about $74,000) for four people, and tours of the Champagne region in France.

But the writing may have been on the wall, with the startup not formulating any kind of “plan B” on its site in the wake of the global health pandemic. Others that have built businesses around experiences — visiting places, going on tours, meeting famous people and doing other things to engage people in something new either close to home or further afield — have had to completely rethink their approach.

As with other experience purveyors like Airbnb, it seems like the Priceless offerings have moved into the completely virtual sphere, selling people a chance to meet sports celebrities online, go backstage at famous theatres, and learn how to mix drinks with well-known mixologists. These may now be powered by IfOnly, but only in part: the option to give to charities doesn’t appear to have carried over with the deal. 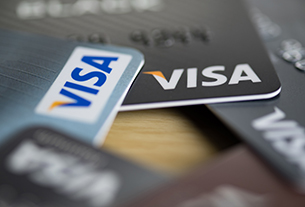 WeChat Pay follows Alipay in allowing foreign visitors to make payments in China
©2020 广州力矩资讯科技有限公司 粤ICP备06070077号
Tell us more about yourself!