Google claims that it’s simply “doing the right thing for the user” by not linking them out to the rival platform.

As the antitrust drumbeat continues to pound on tech giants, with Reuters reporting comments today from the U.S. Justice Department that it’s moving “full-tilt” on an investigation of platform giants including Google parent Alphabet, startups in Europe’s travel sector are dialing up their allegations of anti-competitive behavior against the search giant.

More than half a dozen travel startups in Germany are united in a shared complaint that Google is abusing its search dominance in a number of ways they argue are negatively impacting their businesses.

Complaints range from Google forcing its own data standards on ad partners to Google unfairly extracting partner data to power its own competing products on the cheap.

Startups are limited in how much detail they can provide on the record about Google’s processes because the company requires advertising partners to sign NDAs to access its ad products. But this week German newspaper Handelsblatt reported on antitrust complaints from a number of local startups — including experience booking platform GetYourGuide and vacation rental search engine HomeToGo — which are accusing the tech giant of stealing content and data.

The group is considering filing a cartel complaint against Google, per its report.

Activity booking platform GetYourGuide, hotel finder Trivago, and Airbnb rival HomeToGo have been feuding with the search giant about their unpaid advertising bills since the beginning of the coronavirus pandemic.

In Europe, Google’s business already has a clutch of antitrust enforcements against it — starting three years ago, in a case which dated back six years at that point, with a record-breaking penalty for anti-competitive behavior in how it operated a product search service called Google Shopping. EU enforcements against Android and AdSense swiftly followed. Google is appealing all three decisions, even as it continues to expand its operations in lucrative verticals like travel.

Google defends this type of expansion by saying it’s just making life easier for the user by putting sought for information even closer to their search query. But competitors contend the choices it’s making are far more insidious. Simply put, they’re better for Google’s bottom line — and will ultimately result in less choice and innovation for consumers — is the core argument. The key contention is Google is only able to do this because it wields vast monopoly power in search, which gives it unfair access to travel rivals’ content and data.

One of the German consortia of travel startups with a major beef against Google is Berlin-based HomeToGo. The vacation rentals platform confirmed to TechCrunch it has filed an antitrust complaint against the company with the European Commission.

Pay with your data

GetYourGuide, a Berlin-based travel startup that’s created a discovery and booking platform for travel tours and experiences, has similar concerns about Google’s designs on travel experience booking — another travel segment the tech giant is moving into via its own eye-catching ad units flogging experiences.

“They want to create experience products now directly on Google search itself, with the aim that ultimately people can book these type of things on Google,” said GetYourGuide CEO and co-founder Johannes Reck. “What Google tries to do now is they try to get [travel startups’] content and our data in order to create new competitive products on Google.”

The startup is unhappy, for example, that a “Things to do” ad product Google shows in its search results doesn’t link to GetYourGuide’s own search page — which would be the equivalent and competing third party product.

“Google will not allow us to link them into our search but only into the details page so the customer sees even less of our brand,” he said. “Or in Maps, for instance, if you go to Eiffel Tower and press to book tickets you don’t see any of GetYourGuide despite us fulfilling that order.” 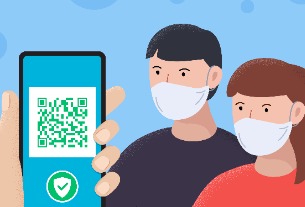 Qunar co-founder: The difference between building business empire and city-state
©2022 广州力矩资讯科技有限公司 粤ICP备06070077号
Tell us more about yourself!