Ctrip has around 120,000 domestic products ready for cross-province vacations.

A three-night luxury private group tour of Qingdao, a seaside city in Shandong province ideal for summer vacation because of its Tsingtao Beer, fresh seafood and clean reputation, sold out on Ctrip in 10 seconds, following government announcement on the evening of July 14 that cross-province group travel could resume as of July 30.

It’s mind-boggling that a group could be assembled in just 10 seconds, but pent-up demand creates the implausible and this is another confirmation of how bottled up Chinese are about travel. It augurs well for its next phase of domestic market recovery and raises hope that Chinese overseas travel could be next, or at least within sight.

China’s deliberate and guarded travel unlocking is also a template that is being watched for any lessons it may provide, as frustrations mount over jagged reopenings with even success stories such as Vietnam being stymied by a new surge of cases.

The resumption of group travel between provinces, cities and districts came after a nearly six-month ban on January 24, and just in time for the summer school holiday in July and August.

Trip.com Group spokesperson, Wendy Min, added that after the announcement, Ctrip saw more than 20,000 travelers signing up on a single day. All reservations must now be made with real names, whereas before in some cases a person could book for six people using one name.

“This shows the enthusiasm of the Chinese people [for travel],” Min said. “Parents, children, middle-aged and elderly are the main force of the summer break. We can see that private groups, small groups, Five Diamond [Ctrip’s high-end groups], private travel gathering among family and friends are [in demand].” Provinces such as Shandong, Sichuan and Qinghao are hot favorites.

Ctrip has around 120,000 domestic products — group, free independent travel, theme and customized tours — ready for cross-province vacations, she said. These include its own, and products from more than 4,000 travel agencies.

Competitor Meituan Dianping saw searches for scenic spots by users outside the places they live in, whether cross-province or cross-city within the same province, rise 130 percent by noon of July 15, said spokesperson Whitney Yan. As of July 29, more than 9,000 tourist attractions in China have reopened and can be booked through Meituan, she said. The company has just launched a Super Group Buy promotion, working with 12 hotel chains to offer booking coupons of up to 80 percent discount from July 30. 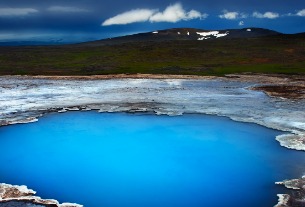