It will enable the city to welcome 35 million arrivals by 2025.

The coastal Chinese city of Qingdao is set for a major tourism boost after the completion of its sprawling new airport – which is twice the size of London's Heathrow.

According to Chinese state media, construction on Qingdao Jiaodong International Airport is now complete, but no opening date has been announced.

According to CNN, the airport has taken five years to build and comes at a cost of USD 5.8 billion. It was built to replace the overrun Qingdao Liuting International Airport, which is the main airport in Shandong Province. It will enable the city to welcome 35 million arrivals by 2025. But that's only the start.

According to China's Xinhua News agency, in its second phase, two more runways will be added to increase that capacity to 60 million arrivals.

Located in China’s eastern Shandong province, Qingdao is known for its skyscrapers, parks and beaches, as well as being the birthplace of Tsingtao Brewery, a legacy of the city's German occupation.

Qingdao Jiaodong will be the city's first 4F-class airport – meaning it is big enough to accommodate the world's largest commercial aircraft, including A380s and Boeing 787s. This will position Qingdao as a new major transport hub for the northern Asian region.

It spans an area of 3,066 hectares – twice the size of London's Heathrow Airport, which is 1,227 hectares, according to CNN.

It's also focused on environmentalism and sustainability. Qingdao Jiaodong has been dubbed a "sponge airport" due to its design, which absorbs and stores excess rainwater that can be recycled and reused when needed.

The new airport also features an ultra-thin stainless-steel roof that's just 0.5 millimetres thick – about the same as a piece of A4 paper. The roof, covering a total area of 223,000 square metres, is said to be the largest of its kind in the world. 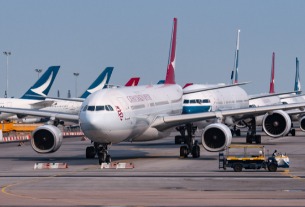 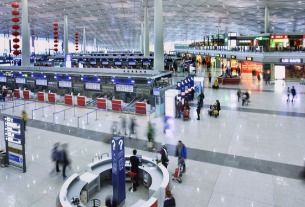