Home > > Asian tourism is in crisis. Will it be Chinese tourists to the rescue?

Asian tourism is in crisis. Will it be Chinese tourists to the rescue?

There are reasons for Asian destinations to be cheerful.

On June 8, the temples of Borobudur and Prambanan, in the Indonesian province of Central Java, reopened to tourists after almost three months of closure. For the time being, the popular sites will rely on domestic interest alone as they remain out of reach for overseas visitors because of the coronavirus pandemic and related travel restrictions. Exactly how much domestic interest there will be from across the archipelagic nation remains to be seen, especially as hundreds of new cases of Covid-19 are recorded daily and businesses remain closed.

In an attempt to boost domestic demand, local governments are expected to offer dis­counted entry to tourist attractions. During a webinar, Pranoto Prayitno, director of Indonesian tour operator Citra Gilang Tour, said that such a move would “allow tourism businesses to gauge consumers’ purchasing power”. And Indonesia is not alone in exploring this option – subsidy schemes are all the rage across the region.

Really, however, destinations are awaiting the return of their largest market – and in many cases largest spenders – to reignite their sputtering tourism industries. The question is: will the Chinese return? And when?

Clues can be gleaned from observing how movement resumes within the Middle Kingdom, and the early signs are positive. On May 28, The Economist reported that some 115 million Chinese tourists travelled during the Labour Day holiday, from May 1 to 5, “a healthy 60% of last year’s number”. Travel data platform ForwardKeys recently noticed “a domestic phenomenon”, namely an increase in internal flight bookings to commercial centres including Guangdong, Zhejiang, Shanghai, Sichuan and Yunnan. “All eyes are on Hainan’s duty-free trade zone to see when the ever-important shoppers are set to return,” it reported.

Nevertheless, according to travel media company Skift, there are reasons for Asian destinations to be cheerful. “If you look at the amount of Chinese and you look at the tiny percentage – around 10 per cent – that have passports: we’re just seeing the real tip of the iceberg in terms of demand of out­bound tourism from China,” consultant Richard Tams told Skift. “There is an enormous amount of pent-up demand. Restrictions are going to be lifted very gradually […] but I think the demand out of China will be significant.” 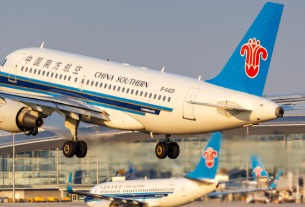 Global domestic passenger demand continues to decline in February, largely due to weakness in China travel China's domestic tourism projected to reach $1.5 trillion in 5 years
©2020 广州力矩资讯科技有限公司 粤ICP备06070077号
Tell us more about yourself!