Chinese in Russia pries the tourism trade from Russian companies

Local guides claim that Russian tourism businesses have been squeezed out of the market by Chinese operators who cut prices and corners.

Until a few months ago, roughly half of all foreign tourists in Russia were Chinese. Then, in January, Chinese tour groups vanished from the streets of Moscow and St Petersburg after Russia banned the entry of Chinese citizens following the coronavirus outbreak.

The introduction of visa-free entry for Chinese tour groups in 2015 set off an explosion of Chinese tourism in Russia, their number surpassing two million visitors in 2018, according to the Chinese Ministry of Culture and Tourism.

While the pandemic is a catastrophe for the country’s tourism industry, one group is indifferent to the losses the absence of Chinese visitors will cause – Russian tourism businesses that once benefited from their influx but which, local guides say, have been squeezed out of the market by Chinese operators who cut prices and corners.

For these businesses, even before the outbreak, the Chinese bonanza was nothing like what they had hoped for.

Arina Levental is a licensed Chinese-speaking guide in St Petersburg. She started working with the first Chinese tourists who began to appear in Russia in the 1990s.

Once in Russia, every such group must then be received by a licensed domestic tour operator, who is paid for their services. The Chinese diaspora in Russia quickly set up their own tour operations and started to drive prices down.

“The price of a one-week trip to Russia is now about US$1,000, all inclusive,” says Polina Rysakova, a Chinese-speaking guide with 20 years of experience. “A laughable amount.”

Rather than charge for their services, the diaspora-owned tour operators pay travel agencies in China for each group sent over. To make money, tour operators then pass their costs on to so-called grey guides. 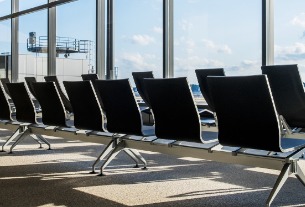