Disney has 16 company-operated hotels with 11,000 rooms at four theme park resorts in Asia and Europe.

The closure of Disney theme parks around the world due to the coronavirus outbreak could cost the media giant at least $140 million in lost hotel bookings and related revenues, according to the company’s annual report.

The unprecedented shuttering of Disney’s 12 theme parks around the globe amid the COVID-19 pandemic has left nearly all of the 37,000-plus rooms empty in the 37 hotels at the company’s resorts in the U.S., France, Japan and China.

Disney had approximately 13 million room nights available at its domestic and international hotels in 2019, according to the company’s annual report. At the time, guest spending averaged $353 per room at Disney’s domestic hotels with a 90% occupancy rate, according to the report.

That $353 rate consists of the average daily cost of a hotel room as well as guest spending on food, drinks and merchandise at the hotels, according to the annual report.

Disney has 16 company-operated hotels with 11,000 rooms at four theme park resorts in Asia and Europe. 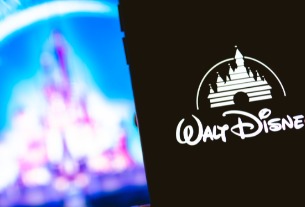