Airbnb's bottom line turned red in 2019 because it hiked marketing spend in preparation of a public debut this year.

Airbnb, which was preparing to go public in 2020, nearly doubled the size of its losses in the fourth quarter — and that was before coronavirus upended the global economy and daily life in many parts of the world.

In the first two months of 2020, Airbnb’s bookings plunged in key cities, including Beijing, Seoul, Rome, and Milan, according to AirDNA data. Bookings slumped 96% in Beijing, with only 1,655 reservations in the first week of March, down from 40,508 bookings from Jan. 5 to Jan. 11.

Bloomberg reported that it got a look at privately held Airbnb’s fourth quarter financials, finding that its revenue leaped 32 percent to $1.1 billion partially on the shoulders of increased marketing spend, but earnings before interest, taxes, depreciation and amortization (EBITDA) plunged 92.3 percent to a loss of $276.4 million.

While Airbnb was profitable, according to Bloomberg, in 2017 and 2018, its bottom line turned red in 2019 as it hiked marketing spend in preparation of a public debut this year. 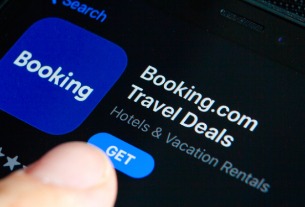