Major global corporations have announced to shut down respective operations until further notice and banned employees from traveling to China.

The coronavirus continues to spread in China and to the rest of the world. As of January 29 at 19:08, the death toll rose to 133 and China's confirmed cases were more than 6,000.

China has quarantined or placed on lockdown several of its largest cities, affecting roughly 60 million people. More than 70 cases have been confirmed outside of China in about 17 countries, including the United States. The U.S. Centers for Disease Control and Prevention (CDC) issued an alert warning that there is the highest level of risk related to China at this time.

Acknowledging the potential threats to the safety and well-being of their employees, major global corporations have taken actions:

* Investment banks, such as Morgan Stanley, Credit Suisse and UBS with operations in China and adjacent counties, are telling staff to stay at home and put off any non-essential travel to the region.

* Chinese internet giants Tencent and Alibaba have asked their staff to stay at home until February 10, while Wall Street bank Goldman Sachs has told staff who have visited mainland China to work from home for the next fortnight.

* Major airlines are canceling flights to help stop the spread of the virus and ensure the safety of their pilots, flight attendants and others.

* McDonald’s, Ikea, Disney, KFC, Pizza Hut, General Motors, Ford, WeWork and an array of other companies have announced that they are temporarily discontinuing operations or restricting their staff from traveling to the region. 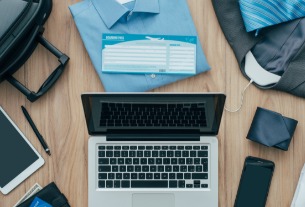 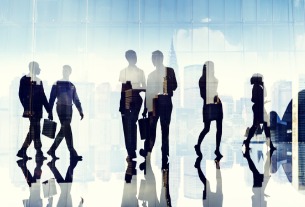