Airlines including Air China, OTAs such as Qunar, Ctrip, hotels like Hilton, Accor all offer refunds for Wuhan-bound services.

Several airlines, as well as China’s state-owned railway company, online travel agencies, and hotels in China are offering refunds or free booking changes related to Wuhan, following the outbreak of a mysterious virus.

The Civil Aviation Administration of China (CAAC) issued a statement on its website on the evening of January 21 requiring airlines to attach great importance to the prevention of the pneumonia outbreak. For passengers who have already purchased flight tickets to or from Wuhan and wish to cancel their trip, airlines should handle their refund requests free of charge.

China’s state-owned railway company also issued a notice on January 21 allowing travelers who have purchased train tickets to or from railway stations in Wuhan to request a refund of their train tickets free of charge by midnight January 24.

Several OTAs in China such as Qunar, Ctrip (also known as Trip.com), Meituan, ly.com (also known as Tongcheng-Elong), qyer.com and Alibaba’s Fliggy also offer free refund or changes to bookings of flight and train tickets to or from Wuhan, as well as those of hotels and other travel-related tickets (e.g. for tourist attractions, car rent, etc.) in Wuhan made on their platforms. 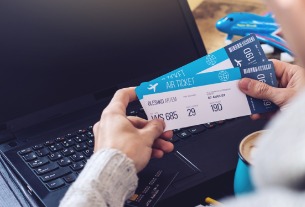