The airline was on Monday given five days to find new capital to keep the business afloat.

Hong Kong Airlines on Wednesday said it had drawn up an “initial cash injection plan” that would allow it to pay the remaining staff their overdue salaries by Thursday, according to an internal memo from company chairman Hou Wei.

“Following urgent consultations, an initial cash injection plan has been drawn up. Outstanding salary to staff will be paid on 5 December 2019 and our services will gradually resume normal as soon as the funds arrive,” said Hou in a letter to staff.

Hong Kong’s third largest airline was on Monday given five days to find substantial – and unspecified – amounts of new capital to keep the business afloat, as its cash in hand fell to a level that put its license in jeopardy, said the Air Transport Licencing Authority (ATLA).

The body had earlier delivered an ultimatum to the airline to find new cash or investors before Saturday, or face its license being suspended or even terminated. 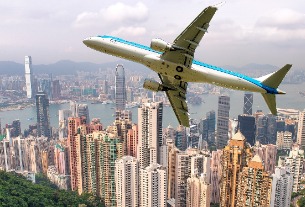