Home > > AirAsia's Fernandes looking at setting up airline in China

AirAsia's Fernandes looking at setting up airline in China

Fernandes wants AirAsia to set up an airline in China in the long run, with the group recording almost 20% of annual sales from Chinese destinations.

"I like Cambodia, China and Myanmar," Fernandes, AirAsia Group CEO and co-founder, told the Nikkei Asian Review in an interview, adding that he is now on the lookout for a Cambodia partner.

After a third attempt to establish a Vietnam affiliate failed earlier this year, Fernandes said he had switched focus to other parts of the region.

"I don't have any plans in Vietnam for now after trying three times," said Fernandes, 55, a former British music industry executive who introduced budget airlines to Asia. "We cannot find the right partner and now I think there are too many airlines there. ... Our time will come." 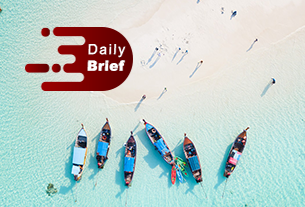