The US-China bilateral air transport agreement limits the number of frequencies between the US and China zone one cities.

A senior Air China executive lamented declining air passenger numbers between the US and China and a lack of progress in addressing bilateral civil aviation issues.

During those years, “a lot of money was spent. We bought a lot of airplanes and a lot of goodwill was generated,” Air China VP-North America Zhihang Chi said during a Nov. 7 speech at the International Aviation Club of Washington DC. “I don’t think anybody in this audience would dispute that this was a success story for both countries and an example of successful policymaking.”

The growth trend reversed in 2018 for the first time in more than a decade, when total passengers from China to the US dropped to 3 million. While some of the declines were the result of a slowing Chinese economy and depreciating yuan, Chi said the US-China trade war and souring of bilateral relations have contributed to the drop-off in air travel between the two countries. 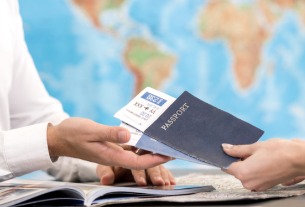