•  In the third quarter of 2019 Referral Revenue in Americas increased by 19% compared to the same period in 2018.

•  Referral Revenue declined by 9% and 16%, respectively, in Developed Europe and the Rest of the World.

•  Consolidated Revenue per Qualified Referral improved significantly in the third quarter of 2019, reaching €1.53, up 16% compared to the same period in 2018.

•  Reflecting our performance through the third quarter of 2019, we continue to expect our Adjusted EBITDA for 2019 to be between €60 million and €80 million.

As of September 30, 2019, trivago has established 55 localized platforms connected to over 3.5 million hotels and alternative accommodations, in over 190 countries.

It continued to increase our coverage in alternative accommodations, offering access to more than 2.3 million units on our platform as of September 30, 2019.

In the third quarter of 2019, we increased our Advertising Spend in Americas by 31% as we observed evidence of attractive marginal returns from our investment in marketing activities in that segment.

Rolf Schrömgens, CEO and Founder, said: "We are pleased that we reaccelerated growth in the Americas in the quarter, which we believe is a positive sign of the strength of our value proposition. We also saw continued progress in our alternative accommodations as a result of both better integration with our search capabilities and expansion of our offerings. We are excited about the momentum we are generating in these and other key areas, giving us reason to be optimistic for the rest of the year and beyond.”

Axel Hefer, CFO, said: “We are encouraged by our fifth consecutive quarter of profitability and our twelve-month Adjusted EBITDA is €77.9 million. This momentum has helped us establish a solid base from which to accelerate strategic investments in the business. Our investments in the Americas are already showing positive results. We remain confident in our long-term strategy and our ability to deliver value for our advertisers, accommodation providers and users.”

Trivago announces that after nearly 15 years as Managing Director and Chief Executive Officer of the company he co-founded in 2005, effective December 31, 2019, Rolf Schrömgens will be leaving the CEO and Managing Director positions and joining trivago’s Supervisory Board. On that date, Axel Hefer will take over as CEO, and Matthias Tillmann, Senior Vice President and Head of Corporate Finance, will become the new CFO, succeeding Hefer.

Hefer joined trivago in 2016 as Managing Director and CFO leading the company through its initial public offering. Hefer also drove strategy for trivago’s marketplace for advertisers, overseeing the international marketing team and more recently leading advertiser relations.  Prior to joining trivago, Hefer was COO and CFO of Home24 AG, an online home furniture and decor company, and managing director of One Equity Partners, the Private Equity Division of J.P. Morgan Chase. Tillmann joined trivago in 2016 and has held a variety of leadership responsibilities in the finance department: he most recently co-led the team as SVP, Head of Corporate Finance and prior to that was Head of Strategy and Investor Relations.  He also played an integral part in the company’s IPO. Prior to joining trivago, he was a senior investment banker at Deutsche Bank.

Effective December 31, 2019, Schrömgens will replace David Schneider, who resigned from the Supervisory Board in October 2019. Frédéric Mazzella will replace Schneider on trivago’s Audit Committee with immediate effect. 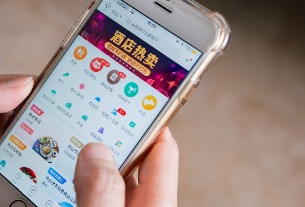