The collapse of Thomas Cook may not be an entirely bad thing for Fosun.

Fosun’s ambition to create one of the world’s largest leisure conglomerates – comprising a marquee hotel brand, an airline, a century-old tour operator, and one of the most iconic shows on earth – fell £200 million (US$249 million) short of saving Thomas Cook Group from liquidation.

The collapse of Thomas Cook, to which Fosun offered £900 million in the form of a financial lifeline last month, weighed on the Shanghai-based conglomerate’s listed equities. Shares of Fosun Tourism fell 4.4 per cent amid a declining market in Hong Kong to HK$10.06, while Fosun International the holding company fell 1.5 per cent to HK$10.30.

Still, the collapse of Thomas Cook may not be an entirely bad thing for Fosun, said VC Asset Management’s managing director Louise Tse Ming-kwong. “It could be a burden if Fosun took control of the company,” he said.

All the companies in Thomas Cook Group have ceased trading, including Thomas Cook Airlines and retail shops, Thomas Cook said in its official website. The company’s airlines would be grounded, according to Associated Press.

Fosun Tourism, which has a presence in the European market through its ownership of the Club Med holiday business, has an 18 per cent stake in Thomas Cook. Fosun Tourism's leisure and resorts units include the Club Med resort chain, the Canadian circus company Cirque du Soleil, the Atlantis resort hotel in southern China’s main tropical resort island of Hainan, and others.

In response to Thomas Cook's liquidation, Fosun Tourism said it was disappointed that the travel company “has not been able to find a viable solution for its proposed recapitalisation with other affiliates, core lending banks, senior note holders and additional involved parties,” according to a statement, adding that it is expressing its “deepest sympathy to all those affected by this outcome.”

The collapse of Thomas Cook would not affect the venture in mainland China, which operates a joint venture travel agency since 2016.

“Thomas Cook China has a strong financial position and is unaffected by today's events,” according to a statement by the venture. “We wish to stress that all our business and operations continue as normal.” 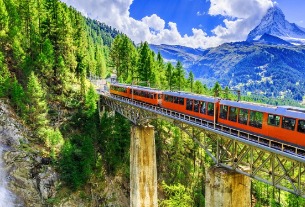 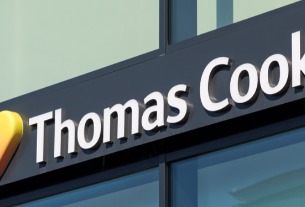 Newly agile Thomas Cook is resurrected in a pandemic to be an online travel player
©2020 广州力矩资讯科技有限公司 粤ICP备06070077号
Tell us more about yourself!