PPP enables “qualified Fliggy users to book hotels without paying a deposit, have a comprehensive wallet-free experience during their stay and enjoy an express check-out service,” Marriott said in a press release. “Room charges and incidental expenses are automatically settled afterwards, providing a seamless, wallet-free payment experience for both customers and hotels.”

Launched on Fliggy in 2015, and prior to the Marriott’s new global push of the service, PPP was available at some 100,000 hotels across mainland China. Marriott began working with Fliggy in August 2017. Travelers access Fliggy via web or mobile devices.

According to China Outbound Tourism Research Institute, making the payment feature available for more hotel stays represents more than an effort by Marriott to earn revenue from Chinese overseas travelers, who will spend an estimated $261 billion this year on their trips. Analysts and media reports say that the service more than likely foreshadows other China-centric features to come from the hospitality, tourism and payments industries.

In the coming months, Marriott plans to sweeten its Fliggy offering by adding Mandarin-language features, VIP member experiences and other tools for Chinese consumers traveling abroad. The research institute estimates that other non-Chinese hospitality and tourism companies are making similar moves to capture the loyalty of the 154 million Chinese consumers who will travel overseas this year. 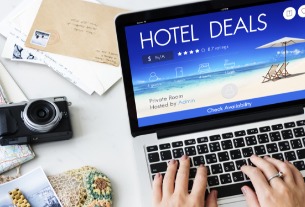