Most major hotel companies reported softer revenue-per-available-room growth in China during the second quarter because of the ongoing U.S.-China trade war as well as protests in Hong Kong.

Tensions in China aren’t proving to be a positive for leisure travel into the market as of late.

Most major hotel companies reported softer revenue-per-available-room growth in China during the second quarter because of the ongoing U.S.-China trade war as well as protests in Hong Kong, but executives are hopeful that business will remain stable for the remainder of the year.

“Apart from the U.S., I want to spend a little time on greater China, which came in below our expectations in the quarter. … Greater China is again showing some RevPAR contraction down close to 3% for our full-service hotels, driven entirely by declines in Macau and Hong Kong. Economic conditions in Greater China combined with ongoing trade tensions with the U.S. have weighed on demand affecting both Chinese travelers and inbound travel.

“In addition, consistent with the first quarter of this year, we've seen continued headwinds relating to the casino room block in Macau, which negatively impacted our Greater China RevPAR growth by approximately 170 basis points. Finally, the demonstrations in Hong Kong have negatively impacted our second-quarter results, and we expect the third quarter to reflect the impact of occupancies that have dropped by approximately 300 basis points along with rate declines of almost 8% in constant currency in the June and July period, as compared to last year.

“Based on recent indicators, we expect a difficult third quarter in Greater China with some RevPAR recovery in the fourth quarter. Our positive RevPAR forecast for the fourth quarter assumes that economic conditions improving in part as a result of economic stimulus that was initiated at the beginning of this year and that we see a reduction in the disruptions caused by the demonstrations in Hong Kong. Our outlook would be further enhanced if a new trade deal were put into place between the U.S. and China during the second half of the year. In the face of these challenging conditions, we gained market share during the second quarter in Greater China, excluding Macau.

“Another positive sign is that development activity remains very strong. Chinese owners and developers are currently still bullish long-term and want to put capital to work while leveraging the strength of our brands. Those are a couple of the most significant areas that are impacting our overall assessment of business conditions at this time.”

“We’ve got very topical things right now, trade war with China being one and Hong Kong, I think, being another example. Hong Kong performed fairly well in the second quarter, but obviously what's happening on the streets in Hong Kong today is not a positive sign for travel into that market. And so I suspect we'll see that Hong Kong weakens.

“And that has to be evaluated in the context of a shift by China towards more of a consumer-driven economy than they have experienced in years past. And I think that makes our industry perform a bit better in China and for China outbound markets than other industries in China. But I think all of those things put together and you've got some obvious risks in China, but you've also got some good albeit more modest, but you've got still continuing GDP growth. And China has got levers to pull to make sure that they continue to try and stimulate their economy.” 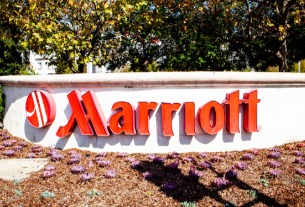 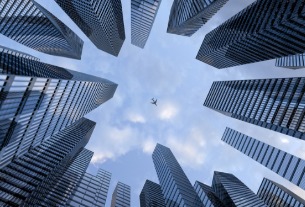 China wages another hotel comeback after brutal winter setbacks
©2020 广州力矩资讯科技有限公司 粤ICP备06070077号
Tell us more about yourself!