The proposal is expected to boost this year’s number of Chinese tourists from 10.5 million to 11.5 million.

Thailand is considering a pilot scheme to allow Chinese tourists visa-free entry into the country to boost tourism. Pipat Ratchakitprakarn, the country’s tourism minister, told Prachachat Business newspaper last week that he was prepared to introduce visa-free travel for Indian tourists as well as Chinese visitors.

During the proposed one-year pilot project, which has been submitted to the cabinet for discussion, citizens of both countries will enjoy visa-free entry for up to 14 days. It will possibly take effect from November 1, a day after the expiry of the current scheme that waives visa fees for Chinese visitors on arrival.

The proposal is expected to boost this year’s number of Chinese tourists from 10.5 million to 11.5 million, Vichit Prakobgosol, president of the Association of Thai Travel Agents told Universal Daily News, a Chinese-language newspaper in Thailand.

Figures from the Thai tourist agency show Chinese visitor numbers fell in the first quarter of this year, but Vichit said he was optimistic that the visa-free proposal would have a significant impact on tourism during the vitally important fourth quarter. 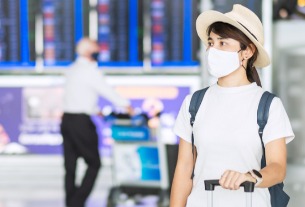