The progress indicates that the C919 will speed up its work in getting airworthiness certification, an industry expert said.

The fourth test aircraft of the C919, China's first home-built narrow-body passenger jet, took part in a test flight in Shanghai on Thursday, and another two new test jets, the 105 and 106, will complete their first test flights later this year, before entering the market in 2021.

The progress indicates that the C919 will speed up its work in getting airworthiness certification, an industry expert said.

Four C919 jets - the 101, 102, 103 and 104 - have completed testing, and now they are undergoing more intense test flights, static tests, and other ground tests at several testing bases, including Yanliang district in Xi'an, Shaanxi province, Dongying in Shandong province and Nanchang in Jiangxi province, said Commercial Aircraft Corp of China, its manufacturer.

The C919's latest test flight comes at a time when its competitor Boeing's B737 Max jets remain grounded worldwide following two fatal crashes - one on Oct 29 last year in Indonesia and the other on March 10 in Ethiopia - that killed a total of 346 people.

"Now there are still some gaps between the C919 and mainstream single-aisle aircraft of Boeing and Airbus in economic efficiency and other aspects. After the C919 enters commercial use, it will continue to upgrade and improve, and in the long term, it is likely to challenge major Western manufacturers," he said. 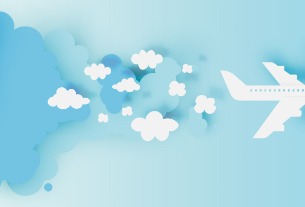