The ongoing U.S. and China trade war continues to wreak havoc on the global hospitality industry.

One week after Hilton announced tensions between the nations dampened overall revenue per available room (RevPAR) growth, the Paris-based hotelier Accor conceded the conflict weighed down company earnings in China and the greater Asia-Pacific region in the first half of 2019.

Poor performance in the region will not deter Accor from expanding in the region, it said. Much like its competitors, the hotel chain has identified China and the Asia-Pacific market as a key growth opportunity, as it looks to take advantage of a rise in Chinese travel. Of Accor’s pipeline of 202,000 rooms, or 1,153 hotels, 50 percent of those accommodations will be constructed in Asia.

Accor’s revenue grew to 1.9 billion euros ($2.1 billion) in the first half of 2019, a 28 percent increase over the same period last year. Net profits for the company also came in at 141 million euros, it said.

As for RevPAR, Accor disclosed a 2.9 percent increase overall, led by sharp growth in its home market of Europe and South America at 4.4 percent and 13.8 percent, respectively. Each region benefited from sporting events, such as the Women’s World Cup and the Copa América tournament in Brazil. 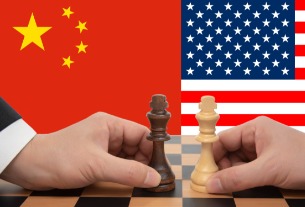 Chinese tech firms tap opportunities on back of landmark China-Laos rail project
©2022 广州力矩资讯科技有限公司 粤ICP备06070077号
Tell us more about yourself!