Home > > Hilton being held back by China trade tussle

Hilton being held back by China trade tussle

RevPar increased a modest 1.4 percent compared to the year before, as U.S. trade tensions with China dampened both corporate bookings in the U.S. and leisure travel in Asia Pacific.

Hilton reported solid second quarter earnings for 2019, although an uncertain political environment continues to slow the hotel giant’s growth in the U.S. and Asia Pacific.

Net income came in at $261 million for the quarter, a 20 percent increase from a year prior, driven primarily by strong unit growth. Meanwhile, revenue-per-available-room (RevPAR) increased a modest 1.4 percent compared to the year before, as U.S. trade tensions with China dampened both corporate bookings in the U.S. and leisure travel in Asia Pacific.

The company expects this trend to continue throughout the second half of 2019, and potentially into 2020. Hilton shares stayed relatively stable in the hours after the market open.

“More people are putting their caution flags up,” said Hilton CEO Christopher Nassetta in an earnings call Wednesday. “It doesn’t mean that they’re not spending, or hiring, or traveling. It just means they’re a little bit more cautious because of what’s going on in the broader environment.”

The impact of politics was top of mind for many analysts on the call, and Hilton was clear that it did not expect tensions to resolve anytime soon.

The decline in RevPAR in China was further impacted by the anti-extradition protests in Hong Kong, according to the company.

“China is clearly going to be worse in the second half of the year than the first,” said Nassetta, explaining that this would lead to a lower international performance overall. 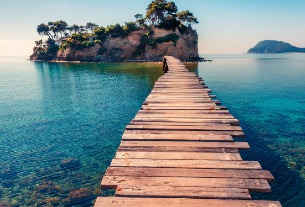 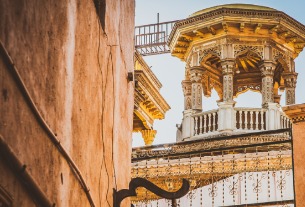 U.S. congressmen call on Hilton to cut link to Xinjiang project
©2021 广州力矩资讯科技有限公司 粤ICP备06070077号
Tell us more about yourself!