More than 90% of operator attendees at Arival were from Asia, but nearly half of attendees from OTAs and reservation technology companies were from North America and Europe.

Last week more than 500 creators and sellers of tours, activities and attractions assembled in  Bangkok from across Asia and around the world for the inaugural Arival Asia Pacific. Here are six things we learned about the in-destination industry in the region and what they mean for all of us worldwide.

Think Asia is behind? Don’t think that way for long. Reservation system adoption, distribution connectivity and online booking may be trailing the U.S. and Europe, but it won’t stay that way. Asia Pacific is the largest regional travel market, it’s the fastest growing, and its consumers are already way ahead—they’re shopping, booking and paying on mobile far more than their Western counterparts. Traveler expectations in Asia are forcing operators and distributors across the region to catch up, and fast.

Distribution like nowhere else. With nearly 50 online travel agencies (OTAs) and thousands of offline distributors operating in the region, nowhere is distribution more dynamic, and more complex. Consolidation will be inevitable, but in the meantime, operators must develop strategies to manage major global OTAs, regional specialists, B2B wholesalers, DMCs and more.

Pricing is out of control. Literally. The most talked-about issue at Arival was rampant discounting by resellers and operators’ limited ability to rein in such practices. It’s a widespread operator complaint that extends across online and offline (traditional travel agency) distributors. Many operators pin their hopes on the much-discussed idea of MSP, or minimum selling price. But implementation and oversight will be easier said than done meaning that some distributors are selling tours and attractions for less than the operators and less than their own costs to gain market share.

Tech from the West wants in. More than 90% of operator attendees at Arival were from Asia, but nearly half of attendees from OTAs and reservation technology companies were from North America and Europe. This is telling: As online distribution and technology adoption in North America and Europe matures, the global OTAs and reservation system companies are eyeing Asia for their next wave of growth. 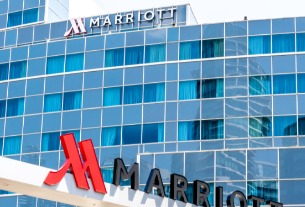