Webb joins Travelport following a $4.4 billion deal that took it off the New York Stock Exchange and back to private equity under the auspices of Siris Capital Group and Evergreen Capital.

Gordon Wilson is stepping down as CEO and president at Travelport - a move that will see Oracle's Greg Webb come in to take over as boss of the company.

Travelport came off the public markets in May this year.

In his most recent role, Webb spent just a year as senior vice president and general manager for hospitality at Oracle.

He is best known as a seasoned Sabre executive, having joined the company in 1997 and working his way through a number of departments.

He left briefly in 2000 for a 16-month stint at AT&T and had previously worked at American Airlines in the mid-1990s.

During his time at Sabre, Webb was chief marketing officer for five years and president of the GDS division for a similar length of time until 2015. He was vice chairman of the business until 2017.

Webb joins Travelport following a $4.4 billion deal that took it off the New York Stock Exchange and back to private equity under the auspices of Siris Capital Group and Evergreen Capital.

Wilson, who spent 28 years at the company and its earlier incarnation (Galileo), says: "It is time for me to hand over to someone else to run this business and the recent change in ownership of Travelport is the right occasion for this to happen.

"I firmly believe that Travelport’s new investors, Siris Capital and Evergreen Coast Capital, will be good for the company and I am delighted to be handing over to an executive as well tenured and experienced in travel technology as Greg Webb.” 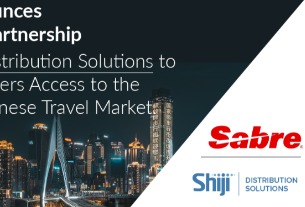