Home > > How a drop in Chinese tourism will hurt luxury retail in the U.S.

How a drop in Chinese tourism will hurt luxury retail in the U.S.

An expected drop in Chinese tourism to the United States won’t just impact hotels and restaurants. In fact retail may take the biggest hit.

Within the realm of tourism, the trade war between the United States and China is likely to have a significant impact on luxury retail. And yes, luxury retail is a major player in the tourism industry.

While Chinese buy roughly one-third of the world’s luxury goods, 73 percent of this consumption occurs outside the country, according to estimates from Bain & Company, a global management consulting firm. Statistics released by the Chinese Tourism Academy and Ctrip show Chinese travelers spent more than $115 billion during their overseas trips in 2017.

The Outbound Chinese Tourism and Consumption Trends Survey, jointly issued by Nielsen and Alipay, contrasted overseas spending patterns of the Chinese with travelers from the United States, the United Kingdom, France, Japan, and South Korea. Nielsen found that the Chinese not only spend more on shopping per person when abroad ($782 versus $486), they prioritize shopping in their budgets.

Given that Chinese tourism to the United States has started to slow recently — in fact the number of visitors actually dropped last year from 3.2 million to three million — the impact on luxury retail could be monumental.

”The Chinese tourism market is so important to a luxury company that it can fuel up to double-digit growth versus a decline. It’s critical in terms of the number of people traveling and the value of their purchases,” said Milton Pedraza, CEO and founder of research and consulting firm The Luxury Institute. 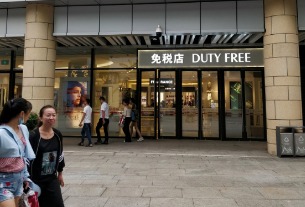 Stuck in China, consumers are spending millions for luxury goods in Hainan
©2021 广州力矩资讯科技有限公司 粤ICP备06070077号
Tell us more about yourself!