Home > > This is why America's travel business is worried

This is why America's travel business is worried

Last year set a record for tourism: 78.6 million foreign travelers came to the United States in 2018. But following that banner year, tourism is now in a slump.

Foreign travelers to the United States bring billions of dollars into the economy each year. But that flow of people and money now appears to be at risk.

Last year set a record for tourism: 78.6 million foreign travelers came to the United States in 2018. But following that banner year, tourism is now in a slump. Travel in early 2019 is in decline, particularly from Canada, Mexico, China and South Korea. That slowdown started taking place in the second half of last year.

The travel industry is worried about how severe, and long lasting, that decline could be.

Tourism is a serious economic driver for the American economy. The United States enjoyed a $69 billion surplus on international travel last year, reducing the country's overall trade deficit by 11%, according to Tori Barnes, executive vice president of the US Travel Association, the industry trade group. On average, foreign travelers spend $4,000 each on visits to the United States. Chinese tourists spend about $7,000.

Companies that rely on foreign tourism are starting to feel the decline in travel: For example, Tiffany's reported disappointing sales this week, in part because of a drop in purchases by foreign tourists at its US stores.

"It's a relatively strong US dollar. It's a slowing global economy. And it's politics. It's a trifecta of factors all reducing travel to the US," said Adam Sacks, president of Tourism Economics, a part of Oxford Economics.”

The Chinese government has issued numerous warnings to its citizens about travel to the United States. Just this week it issued a warning about the threat of gun violence in the United States, and another warning college students that it could become more difficult to get the student visas they'll need to study at US colleges and universities.

"We're seeing a significant shift in Chinese attitudes about US travel," said Sacks. "Recent posting of travel advisories is only one part of it. State run media in China has turned very negative toward the US." 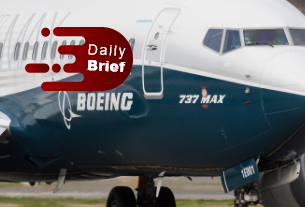