Whilst there are an impressive 76 international destinations served from Shenzhen, from Guangzhou there are 130 and Hong Kong 312, meaning Shenzhen has a little catching up to do.

With the news recently that Shenzhen airport has received approval to expand and add a third runway, we look at how this will play out with the competitive landscape in the Greater Bay Area.  Shenzhen Bao’an International Airport (SZX) is the third largest airport in the Greater Bay Area, coming in behind Hong Kong (HKG), which is  located just across the border in the Special Administrative Region of China,  and Guangzhou (CAN).

Shenzhen city is larger than Hong Kong but the two cities’ airports are only 40 miles apart, similar to the distance between New York’s Newark and JFK airports. 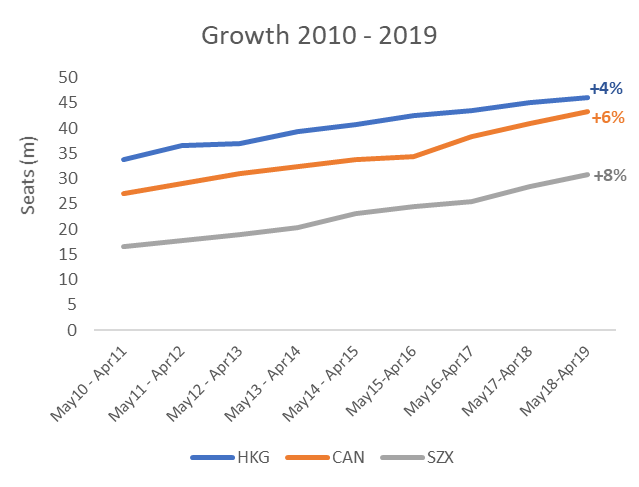 The airport at Shenzhen only opened its doors in 1991 but  already provides nearly 30 million seats each year to travellers and is the 30th biggest airport in the world. Capacity growth has been consistently high, with an average annual growth rate in the last 10 years of 8%.

With SZX’s new runway expected to come online by 2030, and a much needed third runway at HKG set to open towards the end of 2024, the Greater Bay area looks set to be in good shape to meet the ever growing demand for air travel.

By 2030, the three biggest airports in the Greater Bay area will offer a combined passenger capacity of around 280m, which seems to a positive step towards the creation of the economic powerhouse envisaged in Beijing’s Greater Bay Area blueprint, linking Hong Kong, Macau and nine Guangdong cities.

For Shenzhen in particular, its proximity to Hong Kong has meant that its development to date has been more focused on serving domestic markets. 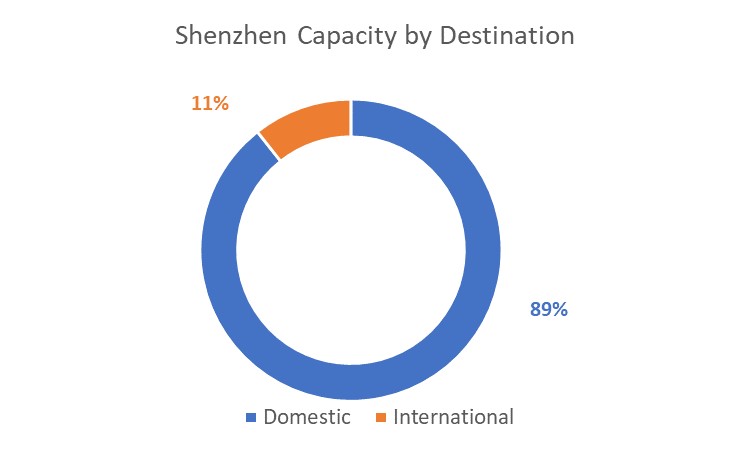 91% of Shenzhen’s international flights operate to destinations in Asia Pacific, with the next biggest share, 5.5% operate to Europe. At Hong Kong, the international profile is similar with 5.5% of flights operating to Europe, whilst Guangzhou is a little lower with 5%. Where Shenzhen’s two neighbours differ is in the North American market – just 1.7% of flights from Shenzhen operate there, whilst at Guangzhou it’s 3.9% and Hong Kong 5.4%. Undoubtedly then these airports will grow in response to demand from the 33m residents of these three cities, and those who want to visit this booming part of China. What remains to be seen is how the airports position themselves. 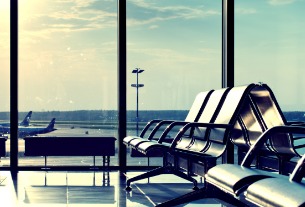 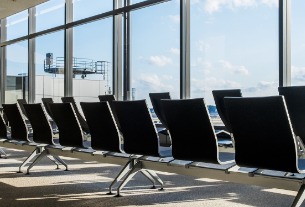 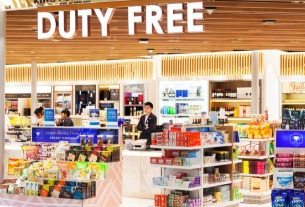