With new Chinese owners in place, it seems sensible for Radisson to target both outbound travelers and the domestic market.

Radisson Hotel Group will be co-branding some of its European properties with the name of new owner Jin Jiang as part of a plan to boost the number of Chinese visitors.

The initial pilot will see the new initiative trialed at two hotels with Jin Jiang in Chinese characters sitting next to one of Radisson’s brands.

“That will bring a very good hook to Chinese consumers, when they come and they may not know today Radisson Blu or Radisson Collection and they associate and they link… [them] to Jin Jiang,” Federico González, chairman of the global steering committee of Radisson Hotel Group, said at a press conference in London on Thursday.

Adding together Jin Jiang’s existing portfolio together with Radisson’s would make the combined entity the second biggest hotel group in the world, González said, pointing to 2017 rankings from hospitality research firm MKG. Radisson and Jin Jiang would be behind Marriott but ahead of Hilton with 869,170 rooms. 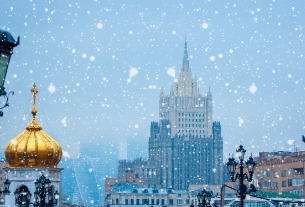 Radisson Collection launches in China
©2020 广州力矩资讯科技有限公司 粤ICP备06070077号
Tell us more about yourself!