Types of ownership can be crucial determining factors in hotel firm performance. Indeed, domestic and international institutional shareholders have different effects on the performance of hotel firms in China, according to Dr Henry Tsai of the School of Hotel and Tourism Management (SHTM) at The Hong Kong Polytechnic University and his co-researchers. In a recent study, the researchers found that firms with high levels of state ownership performed poorly in terms of future growth potential, but the effects of domestic and international shareholders were rather more complex.

China's hotel industry has grown tremendously in recent years, from 137 hotels with less than 16,000 guest rooms in 1978 to 11,180 hotels with 1.5 million rooms in 2014. The researchers note that this expansion began with the introduction of the Open Door policy, which allowed many international hotel chains to enter the market, accompanied by "surging demand" from domestic tourists. The Belt and Road initiative of investment and infrastructure development through 65 countries, implemented in 2015, has brought further noteworthy opportunities for the hotel sector, and indeed the entire hospitality and tourism industry.

With these developments, the hotel sector has become an important constituent of China's economy, and its performance deserves "careful attention", according to the researchers. In particular, how the ownership structure of Chinese hotel firms affects their performance should be monitored, because the state has "maintained a strong influence in many publicly listed hotel firms".

Unfortunately, although state-owned firms have become more profitable, they still underperform non-state-owned firms by about 10%. One reason for their poor performance, the researchers suggest, is their failure to "prudently separate management from ownership", which leads to poor monitoring and control.

The researchers conducted a series of analyses to examine the effects of institutional holdings on firm performance. They selected six hotel firms - Century Plaza, Huatian, Lingnan, Dadonghai, Jinjiang and Jinling - and collected information on their performance over 18 years. They also collected information on the proportion of shares held by international shareholders, domestic shareholders and the state.

The researchers surmised that there must be an "optimal point" between the level of domestic institutional holdings and optimal firm performance. Their calculations indicated that Chinese hotel firms should "seek to increase and attract" domestic institutional shareholding to a level of at least 17.3% but no greater than 25% to optimise return on assets and return on equity.

These values were calculated on the averaged values from the six hotels, and thus the researchers acknowledged that they "may not be precisely applicable to each individual firm". The hotels could benchmark their levels of domestic holdings against the calculated optimal points to decide whether they should "continue to engage or disengage" such investors to enhance their performance.

State holdings were negatively related to hotel firm performance, which the researchers state "clearly reflects the fact that some Chinese hotel firms were still under the influence" of state ownership and have "less opportunity for growth". It would be wise, they suggest, for the governing authorities to reduce the state's ownership of hotel firms, while continuing to maintain support for the industry.

Contrary to expectations, foreign institutional shareholders did not seem to "exhibit any impact on the four hotel performance measures". A possible explanation for their ineffectiveness, the researchers posit, is that there are too few of them to make a difference: only 3.5% of shares were held by foreign institutions. The researchers explain that foreign investors tend to "operate on the principle of portfolio diversification", and thus have limited power and incentive to "exert their professional knowledge" and "contribute directly to corporate governance" to enhance firm performance. 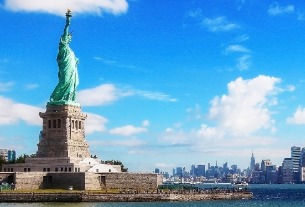 State media: US travel restrictions on China is arbitrary, self-mutilation 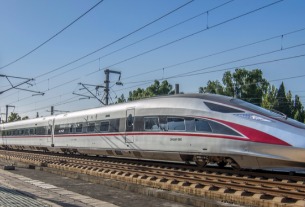 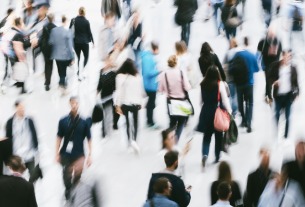