Goldman is in talks to buy B&B Hotels for $2.2 billion

B&B Hotels has more than 450 hotels in 10 countries and reported revenue last year of 580 million euros.

The transaction is expected to close in the second half of this year, PAI Partners said in a statement on Monday, without providing any financial details. Goldman Sachs is doing the deal through its merchant banking division, according to the statement.

The announcement confirms a Bloomberg News report last week that the Paris-based private equity firm was close to a deal to sell the hotel chain for about 2 billion euros ($2.2 billion) to the lender, citing people familiar with the matter. PAI bought the French hotelier in 2016 in a deal that valued B&B at about 790 million euros, expanding the firm into new markets.

The chain has 450 hotels in 10 countries and reported revenue last year of 580 million euros, according to the website.

Goldman’s merchant bank is one of the biggest in the world, and the firm had $20 billion in private equity investments at the end of 2018. 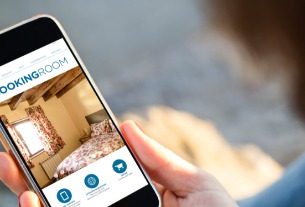 Chinese OTA Tongcheng-Elong invests tens of millions of yuan in e-sports hotel brand
©2020 广州力矩资讯科技有限公司 粤ICP备06070077号
Tell us more about yourself!