During the Labour Day holiday in early May, the US ranked as the ninth most popular travel destination for Chinese tourists, down from fifth spot last year.

Chinese tourists are shunning the US amid the trade war and opting for more welcoming destinations in Europe, according to Jane Sun, chief executive officer of Asia’s largest online travel platform Ctrip.

When the China-US trade war started last year, there was a slowdown in Chinese tourists travelling to the US during China’s October golden week holiday in the fourth quarter, which eased when the two countries made progress in their trade talks, Sun said in an interview on Friday.

The US slid to tenth spot in the list of China’s top overseas destinations in the week-long holiday in 2018 from fifth the previous year, according to Ctrip. In the recently-concluded Labour Day holiday in early May, the US ranked as the ninth most popular travel destination for Chinese tourists, down from fifth spot last year. Thailand and Japan remained the top choices for holidaymakers in the country.

Sun is clear about the reason why — Chinese tourists are taking their money to European countries such as Italy and the UK because they feel welcomed.

“People like to travel to countries that welcome them,” she said. “When Chinese consumers have the buying power, if they are not going to the US then they are going to the UK, Europe, Australia or New Zealand … they’ll find an alternative. The US really needs to be very careful if it wants to attract affluent travellers.” 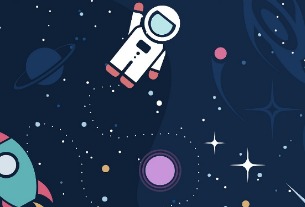