It is estimated that more mid-sized carriers will be swallowed by five airline groups—Lufthansa, IAG, Air France-klm, Ryanair and easyJet over the next five years.

America may be the land of free-market competition. But look up at the sky and Europe looks freer. The European Union is home to 135 scheduled airlines; America has 59. The five biggest carriers in America control around 70% of the market; the eu’s top five barely hold half. Concentration has resulted in poorer service: three American operators can be found on the list of the world’s 50 best carriers, as rated by Skytrax, an aviation website, compared with 13 European ones. As predictably, it has benefited shareholders, who earn three times as much for every frazzled passenger as those in Europe (see chart). Signs of American-style consolidation will therefore please Europe’s capitalists as much as they worry competition authorities—and flyers.

European skies have grown less crowded of late. The number of airlines in Europe has fallen from a peak of 180 in 2003. Since the start of 2018 at least 14 have collapsed. In March wow, an Icelandic low-cost carrier, entered bankruptcy. The previous month Flybmi and Germania went bust, following vlm of Belgium, Primera Air, based in Latvia, Cobalt Air of Cyprus, Germany’s Azur Air, Lithuania’s Small Planet Airlines and a Swiss carrier, SkyWork. Flybe, Europe’s largest regional airline, is barely hanging on.

Michael O’Leary, the chief executive of Ryanair, Europe’s largest low-cost carrier, thinks that the industry is moving “inexorably” towards five airline groups—Lufthansa, IAG, Air France-klm, Ryanair and easyJet—controlling 80% of the continent’s air traffic, more like America, within five years. He predicts that more mid-sized carriers will be swallowed by them over the next five years: Norwegian and tap Air Portugal could be bought by IAG; Lufthansa is eyeing Hungary’s Wizz Air; Alitalia, Italy’s perpetually failing flag carrier, could merge with its stronger joint-venture partner, Air France-klm. Analysts broadly concur with Mr O’Leary’s conclusions.

The dominance of Europe’s established carriers is not down to state backing. Of the top six only Air France-klm has governments (of France and the Netherlands) as shareholders. Rather, their success reflects the importance of scale, explains Kenny Jacobs, Ryanair’s chief marketing officer. Heft was not always an advantage in the past. When fuel prices rose before the recession of 2007-09, legacy airlines with older, thirstier planes cut capacity while upstarts with more fuel-efficient aircraft expanded. Now the former are growing faster than the market overall, using greater heft to cut costs. The biggest airlines are better able to hedge against higher fuel costs, get lower prices from suppliers such as catering firms and aircraft-makers, and borrow cheaply to buy or lease new fuel-efficient planes. Smaller carriers cannot keep up. 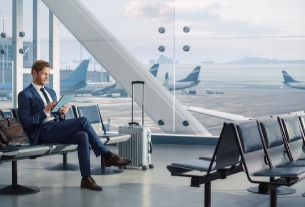 Middle East Hubs: The rise of low cost and the importance of the Indian subcontinent
©2022 广州力矩资讯科技有限公司 粤ICP备06070077号
Tell us more about yourself!