Next week, Marriott said it would start renting 2,000 homes in 100 cities across the U.S., Europe, and Latin America.

Marriott is hitting back at Airbnb, which has been expanding its reach into the hotel industry, by rolling out its own home-rental service.

Next week, Marriott said it would start renting 2,000 homes in 100 cities across the U.S., Europe, and Latin America. Its expansion into the home-rental space coincides with Airbnb’s expansion into the hotel industry, transportation, and a new category of short-term rentals that offer hotel-like services including housekeeping and a concierge.

“The launch of Homes & Villas by Marriott International reflects our ongoing commitment to innovation as consumer travel needs evolve,” Stephanie Linnartz, Marriott’s global chief commercial officer, said in a statement. “What started out as a pilot a year ago is now a global offering.”

Marriott’s announcement about pushing into Airbnb’s turf comes as Airbnb readies for an initial public offering. Airbnb CEO Brian Chesky has said the company will be prepared to go public this year, but he did not say if or when the company would file the paperwork to do so.

When it comes to the home-rental business, Chesky said that he’s not worried about Marriott.

“I don’t think anyone is going to be so large that they’re a major threat,” he told CNBC’s “Squawk Box” on Monday.

During a test of its home rental service, Marriott said the average guest stayed three times as long as those who stay in hotels. The target market is clearly upscale.

Some of Marriott’s luxury home rentals include a six bedroom villa in Sorrento, Italy with an infinity pool overlooking the Mediterranean Sea and a wood-fire pizza oven; an oceanfront villa in Anguilla with private beach and a personal butler and house staff; and a 18th century Irish Castle that sleeps 17 and features a private lake for boating and fishing. 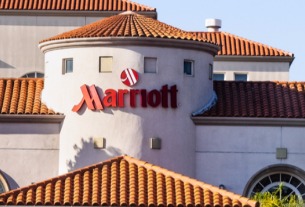 Marriott’s CEO on why the company maintains a narrow, high-end focus on homesharing
©2020 广州力矩资讯科技有限公司 粤ICP备06070077号
Tell us more about yourself!