More hotels are going for the same kind of guests in a relatively restricted geographic area.

Supply growth is a more pressing concern in the minds of hotel asset managers than alternative-accommodations disruptors like Airbnb, according to members of the Hospitality Asset Managers Association, and that’s in large part to successes in the industrywide fight to better regulate that sector.

Speaking with Hotel News Now during the association’s recent spring meeting, HAMA board members lauded the efforts of the American Hotel & Lodging Association in pushing city- and state-level regulations on Airbnb.

“There’s been a wave of legislation and regulations on those companies that list (on Airbnb) that do things like limit the amount of days and nights units can be sold,” said Kim Gauthier, SVP at HotelAVE.

In HAMA’s recent membership survey, 52.2% of respondents said they expected supply growth to “negatively affect (their) portfolio’s results over the next three years.” The top concern there was labor costs (92.2%).

Just 10% of respondents worried about the “expansion of Airbnb” and “growing market share of OTAs,” both of which have been commonly raised concerns by industry leaders in recent years.

HAMA members noted the national supply growth numbers in the U.S. have remained manageable—supply grew 2% in 2018 compared to 2.4% demand growth, according to HNN’s parent company STR—but those numbers don’t tell the full story.

“It’s still market by market,” said Larry Trabulsi, EVP at CHMWarnick. “The macro numbers are fine, but if you’re in a market with four or five hotels going up, and they’re all targeting the same customers, things could get ugly.”

Tim Dick, director at Duff & Phelps and president of HAMA, said an increasingly crowded field of hotel brands has led to exactly that—more hotels going for the same kind of guests in a relatively restricted geographic area.

“The creation of new brands has really facilitated supply additions,” he said.

“It used to be you wanted to be the solid Courtyard, but now if it could be a Moxy or something else, maybe you’d prefer to be that product,” he said. “Except now it’s next door.”

Greg Kennealey, principal and head of hospitality at KSL Capital Partners, said from an ownership perspective that problem is only going to get worse.

“The brand conglomerates now have more muscle, so owners’ leverage went from almost none to none,” he said. With millions unemployed, hotel industry lobbies to spend stimulus on other needs 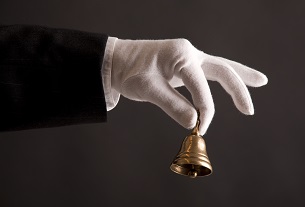 OTA or hotel direct – putting the OTAs view
©2020 广州力矩资讯科技有限公司 粤ICP备06070077号
Tell us more about yourself!